Former New York City Mayor Mike Bloomberg aired a 60-second campaign ad during the Super Bowl, squeezing his message on guns between the beer and car commercials that dominated Fox’s broadcast of the Kansas City Chiefs’ matchup with the San Francisco 49ers.

The ad tells the story of Calandrian Kemp, whose 20-year-old son, George H. Kemp Jr., had dreams of playing professional football before he was shot and killed outside Houston in 2013.

"Lives are being lost every day," Kemp, the narrator, says in the ad. "It is a national crisis."

The spot says that "2,900 children die from gun violence every year," and it ends by touting Bloomberg’s record fighting for tougher gun control. It cost Bloomberg more than $10 million to broadcast nationwide, according to Politico.

"I chose to devote the entire 60-second ad to gun safety because it matters to communities across the country, and it will be a top priority for me as president," Bloomberg said in a statement. "Calandrian’s story is a powerful reminder of the urgency of this issue."

Here’s what you should know about Bloomberg’s ad, the story it tells and the claims it makes.

The first 30 seconds of Bloomberg’s ad recalls the story of George Kemp’s death, as told by his mother, Calandrian Kemp.

The story of George Kemp’s death and the murder trial that followed was covered at the time by news organizations in and around Houston.

George Kemp was shot late at night on Sept. 26, 2013, in Richmond, Texas, according to local reports. The incident occurred after an altercation with men who were armed.

Calandrian Kemp began volunteering with Moms Demand Action, a gun control advocacy organization, in 2014, and she met Bloomberg in January 2019 at an event in Austin, Texas, according to the Bloomberg campaign.

Bloomberg’s statistic on children killed due to gun violence 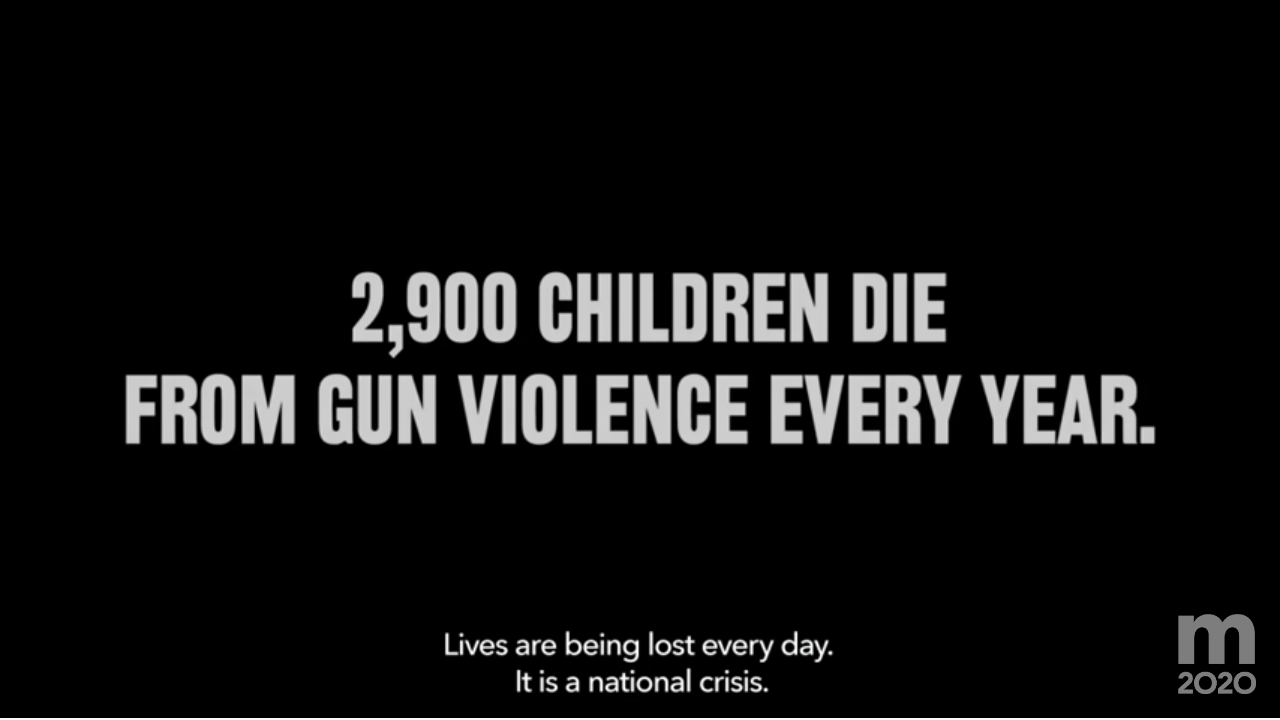 The ad says that "2,900 children die from gun violence every year."

Julie Wood, national press secretary for the Bloomberg campaign, said the statistic is frequently cited by Everytown for Gun Safety, a gun control advocacy organization that had its origins in another gun control group that Bloomberg co-founded in 2006.

Everytown says the statistic comes from the Centers for Disease Control and Prevention and considers people ages 0 to 19 as children. The 2,900 number is the five-year average based on data from 2013 to 2017. It includes both unintentional and violence-related firearm deaths.

We searched the CDC’s fatal injury data and confirmed the statistic. In 2017, there were 3,443 people ages 0 to 19 who suffered firearm-related deaths.

But how you count matters, and the age range makes a big difference. The age of majority — the age at which a child legally becomes an adult — is 18 in most states.

Other major gun control organizations, such as the Brady Campaign to Prevent Gun Violence and Gifford’s Law Center, used the same CDC data as Everytown and the 0-to-17 age range, placing their tallies for children at roughly 1,500 gun-related deaths per year.

The NRA, Fox News and a number of conservative news sites called Bloomberg’s statistic misleading for counting 18- and 19-year-old victims. But Wood told us the age distinction is meaningless for parents — like Calandrian Kemp — who lose their children to gun violence.

"Ask any grieving parent whose 18- or 19-year-old son or daughter was shot and killed, and they will tell you they lost a child," Wood said. "There are simply too many of these deaths, and Mike has a plan to prevent them with common-sense gun safety laws."

George Kemp was 20 when he died, according to local reports at the time.

Bloomberg, now a Democrat seeking the party’s nomination for president, is both a former Republican and a former independent.

Gun control has been a key issue for him dating back to his time as mayor of New York City. In 2006, he co-founded Mayors Against Illegal Guns, the predecessor for Everytown, which has pledged to spend $60 million toward electing gun-control candidates across the country in 2020. 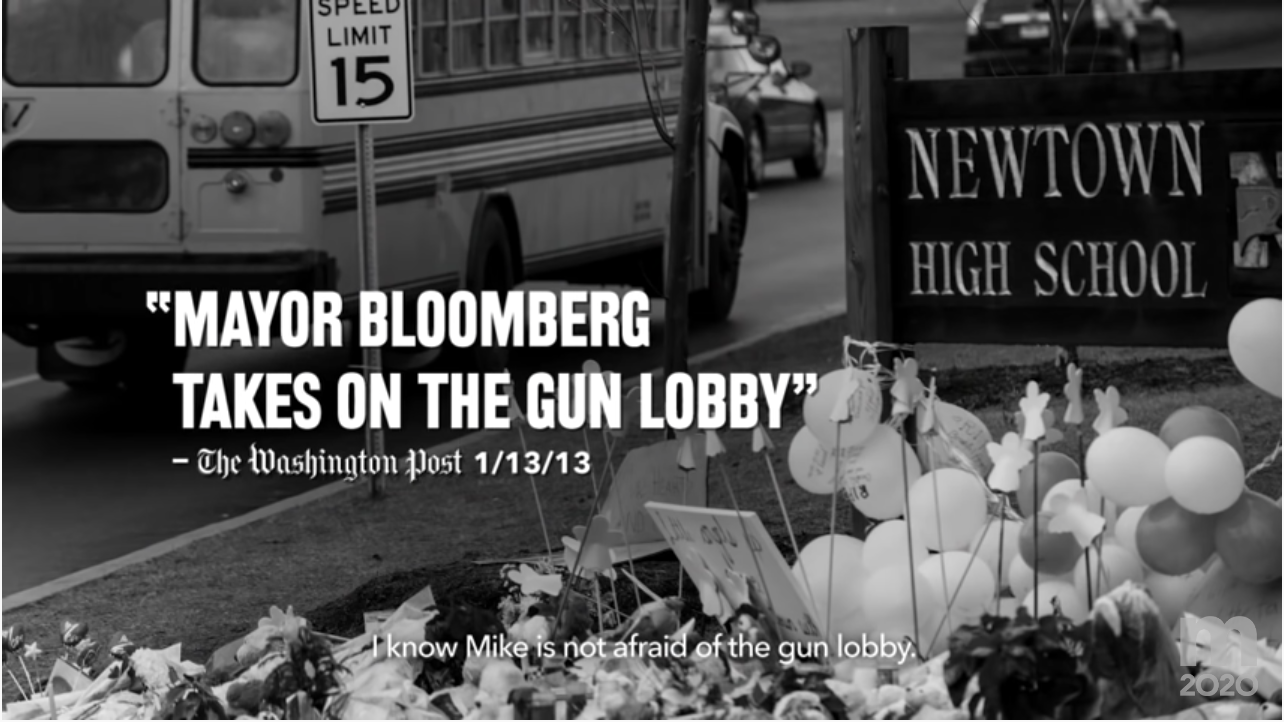 The article described Bloomberg as "America’s most prominent and deep-pocketed advocate for gun control" and detailed the then-mayor’s efforts to turn Republican leaders on to his ideas for promoting gun safety and cracking down on gun-related deaths.

The article said that, at times, Bloomberg seemed like "the NRA’s only active opposition."

While he was mayor, New York City saw drops in murders, police shootings and crime.

He also oversaw sting operations in 2006 and 2009 in which private investigators hired by the city uncovered violations of federal gun sale rules in different states. Based on the results, the city filed lawsuits against the offending gun dealers.

If elected president, Bloomberg has said he would change laws that allow prohibited buyers to purchase guns from unlicensed sellers at gun shows or online.

According to his website, he also plans to implement stricter background check laws, close the "boyfriend loophole," pass a federal red flag law, and reinstate the federal assault-weapons ban.

Everytown for Gun Safety, "The Impact of Gun Violence on Children and Teens," May 29, 2019

PolitiFact, "Who is Michael Bloomberg? A bio of the Democratic presidential candidate," Dec. 3, 2019

PolitiFact, "New York crime did drop when 2020 hopeful Michael Bloomberg was mayor, but he claims too much credit," Dec. 2, 2019