As the Russian military mounted its invasion, the Ukrainian government instructed residents to alter and remove road signs in order to confuse Russian soldiers. Photos on social media show signs that are blacked out or painted over.

Other images supposedly showing this effort are not so genuine.

Example: A photo shared on Facebook that shows a blue road sign pointing to three locations north, west and east — in colorful language.

"From a friend following closely…Gotta love the moxie," one post on Facebook featuring the sign reads. "Ukraine’s Interior ministry asked residents to take down street signs in order to confuse oncoming Russian troops. The state road-signs agency went one step further. (Roughly: all directions are to ‘go f--- yourselves’)."

Middle: ‘Once more go f yourself’ 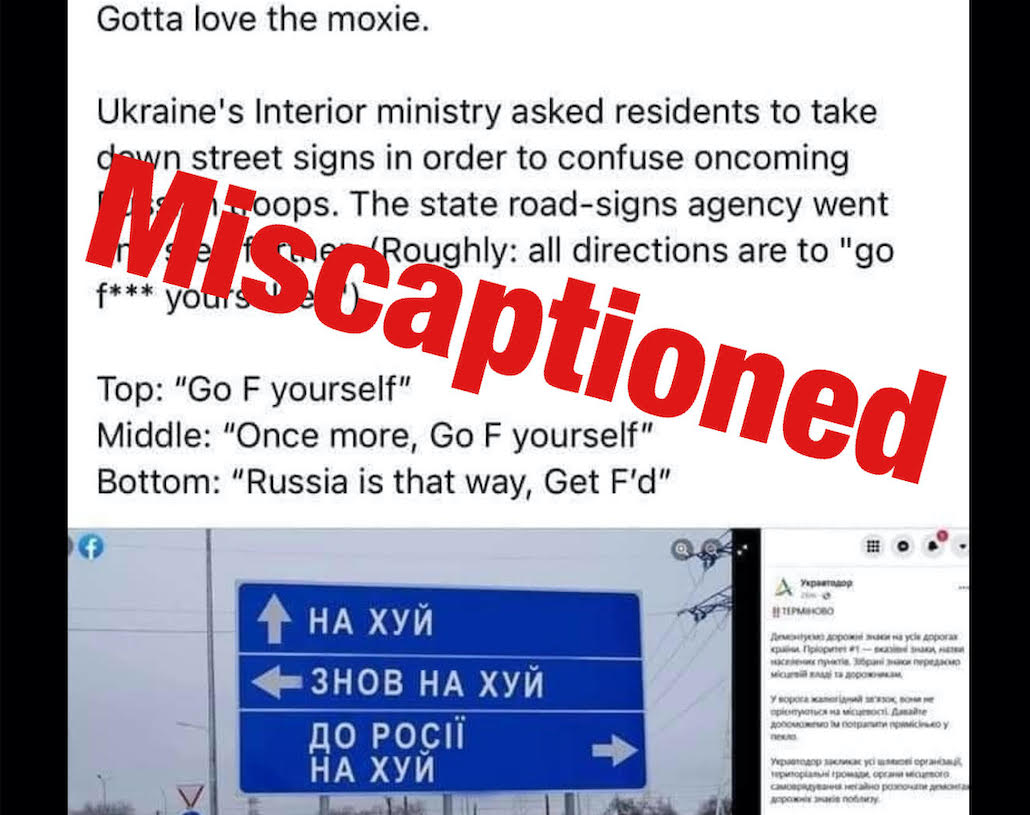 This isn’t a real photo, however. The lettering in an authentic photo of the sign — one released by a Ukrainian government agency — was digitally altered.

On Feb. 26, Ukravtodor, the agency in charge of Ukraine’s national road system, announced on Facebook plans to remove road signs in an attempt to throw off Russian troops. The announcement includes the image of the altered road sign.

We rate posts that say this is a real sign in Ukraine False.