Tweets
stated on May 25, 2022 in a tweet:
ABC News altered the Uvalde, Texas, school shooter’s photo to appear more Caucasian.

Posts touting the claim use side-by-side images of a legitimate, unaltered photo of Ramos next to what users say was a photo ABC News published that shows him with lighter skin and different features. 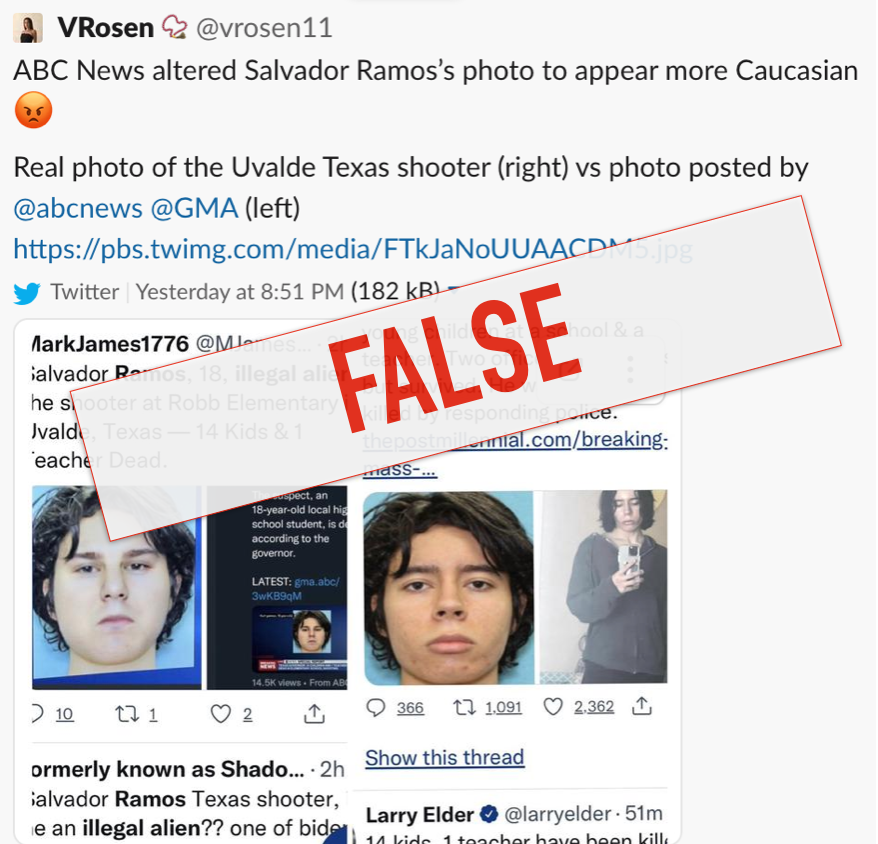 (Screenshot from Facebook)
ABC News confirmed to PolitiFact that it did not publish any manipulated images of Ramos on any of its programs.

Indeed, we could not find any instance of the edited photo being used in any tweets or reports by ABC News or Good Morning America.

Rather, it appears the altered image in this post was pasted over a screenshot of an authentic May 24 tweet from ABC News about the shooting.

Gun Owners of America
stated on June 8, 2022 in a tweet
“U.S. House of Reps. votes 226-194 to criminalize disassembling, cleaning, and re-assembling your gun without a firearm manufacturer’s license, including 8 Republicans!”

The suspect, an 18-year-old local high school student, is dead, according to the governor. https://t.co/VCKVKoRdub pic.twitter.com/VzYtDXHgDo

Tweets claim that ABC News and its program, Good Morning America, manipulated the image of the Uvalde, Texas, school shooter to make him appear more Caucasian.

This is wrong. ABC News denied the claim and there is no evidence that the news organization published any altered images of the gunman.

RELATED: Gunman in Texas school shooting was not an immigrant illegally in the country