Tweets
stated on March 9, 2022 in a tweet:
Classified documents from Ukraine “confirm without a shadow of a doubt” that the Ukraine government was “covertly preparing an offensive operation against Donbas, scheduled for March 2022.”

The Russian government continues to tell a different tale about what’s really going on in its war with Ukraine.

Even before the invasion began on Feb. 24, Russian President Vladimir Putin made false claims that the Ukrainian government was full of Nazis and planned to attack Donetsk and Luhansk, sourtheastern regions of Ukraine known as the Donbas that are controlled by Moscow-backed separatists.

On March 9, the Russian government and state-sponsored media shared on Twitter a document allegedly showing "classified" Ukrainian military orders to launch an offensive operation in the Donbas.

"Classified documents (order by the Commander National Guard of Ukraine) acquired by @mod_russia confirm without a shadow of a doubt: the Kiev regime was covertly preparing an offensive operation against #Donbass, scheduled for March 2022," reads a tweet posted by the Russian Federation’s Ministry of Defense. The post included a Bitly link with "more details." Bitly, a URL shortening service, removed the link from its systems for being "potentially harmful."

The document "has nothing to do with planning an offensive operation," the Ukrainian National Guard told StopFake.org, a Ukrainian fact-checking organization. StopFake.org is a verified signatory of the International Fact-checking Network, which promotes nonpartisan and independent fact-checking around the world and is run by PolitiFact’s owner, the Poynter Institute for Media Studies.

"The plan of an offensive operation must provide for the presence of some specific goals that are not in the document," the Ukrainian National Guard said. "This is not an order to march to some position in the (Joint Forces Operation) zone, followed by deployment for an offensive. This is an order for conducting combat coordination in the Lviv region!"

Ukrainian fact-checkers also determined that it isn’t a classified document, because it does not have the corresponding marks.

The document represents a typical order for a military training camp for the Armed Forces of Ukraine and National Guard of Ukraine in Starichi, a region in the Lyiv Oblast, according to fact-checkers. That’s in western Ukraine — on the opposite side of the country from the Donbas. 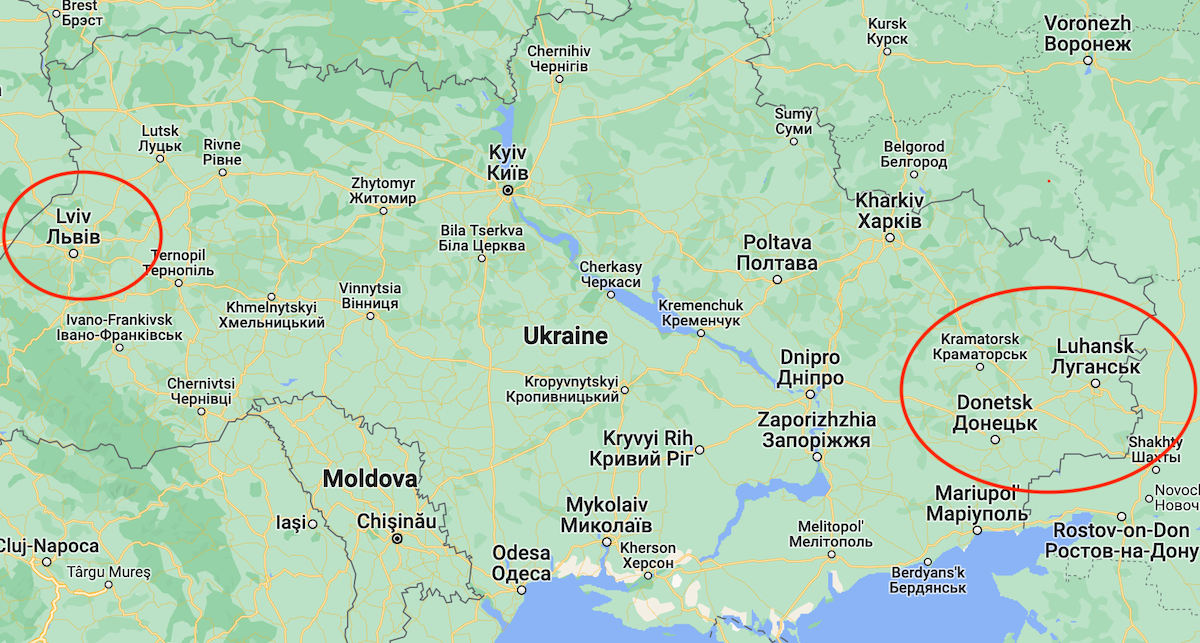 While the Donbas region was mentioned in the document, it "was not either a prominent part of the document nor stated in an offensive context, both of which were alleged in the misleading Russian presentation," Christo Grozev, the executive director of Bellingcat, an online investigations organization, told PolitiFact.

According to fact-checkers from Science Feedback, another IFCN signatory, the document includes instructions to set up training for battalions to fulfill tasks in the Donetsk and Luhansk areas. There’s no additional information on when, where and what kind of operations, so the document doesn’t prove the claim that "without a shadow of a doubt" Ukraine was preparing an attack on the Donbas in March 2022.

Russian officials shared a Ukrainian document on Twitter with claims that it showed secret, classified orders for a military offensive on the Donbas region in southeastern Ukraine.

This is wrong. There is no proof that the document is classified, and there are no direct statements in it about an attack on the Donbas. The document makes references to a training camp on the opposite side of the country.

We rate claims about a document showing a planned military offensive in the Donbas False.

StopFake.org, Fake: The secret order of the commander of the National Guard of Ukraine provided for an attack on the Donbass in March 2022, March 9, 2022