As the world watches Russia’s invasion of Ukraine unfold, it’s easy to get caught up in the many emotional images and stories that are rapidly spreading online.

Many of these scenes of the war are real. But some are unrelated to the ongoing conflict, like a viral video shared on Facebook that shows two men dressed in military gear apparently leaving for war as they embrace sobbing women.

"Praying everyone comes home safe," the caption of the Feb. 25 post reads.

The video isn’t a legitimate clip from this war.

The footage stems from a 2017 Ukrainian film called "The War of Chimeras" directed by Anastasiia Starozhytska and Mariia Starozhytska. The movie follows the story of a young couple during the 2014 Battle of Ilovaisk, which took place near the eastern Ukrainian city of Donetsk. 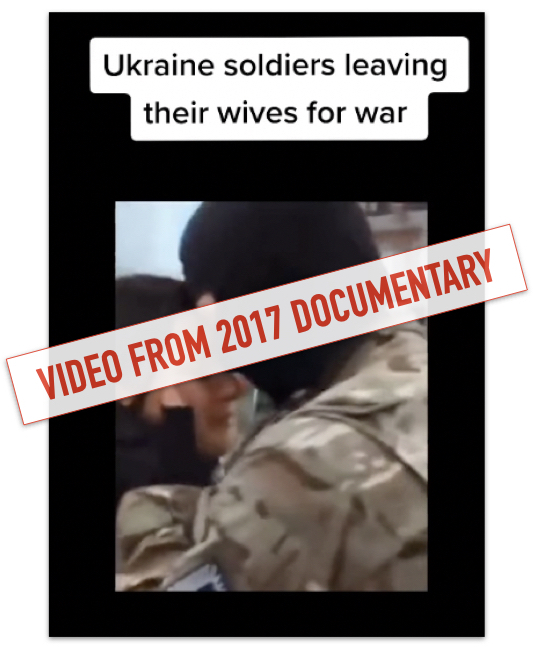 Reverse-image searches pulled up YouTube videos about the movie that match the clips shared on social media, including the trailer uploaded in July 2017.