As Russia unleashed a full-scale attack on Ukraine, videos and images have started to flood the internet with claims that they depict devastating scenes of bombings and heavy fire throughout the eastern European country.

But while the invasion is very real, not all of these videos are authentic.

"OMG Russia just attacked Ukraine. Look at this footage," reads the caption of what is supposedly a live Facebook video showing a jet dodging heavy gunfire.

"Russian attacks Ukraine just now," reads the caption of a different Facebook video that features three seperate clips that supposedly show the attack. The last clip appears to show a barrage of missiles being launched into the air.

The videos were flagged as part of Facebook’s efforts to combat false news and misinformation on its News Feed. (Read more about our partnership with Facebook.)

Both videos linked above include animated scenes taken from video games.

One clip of the jet dodging heavy artillery fire comes from a simulation of a military shooter video game called Arma 3. Similar clips of the gameplay can be viewed on YouTube. 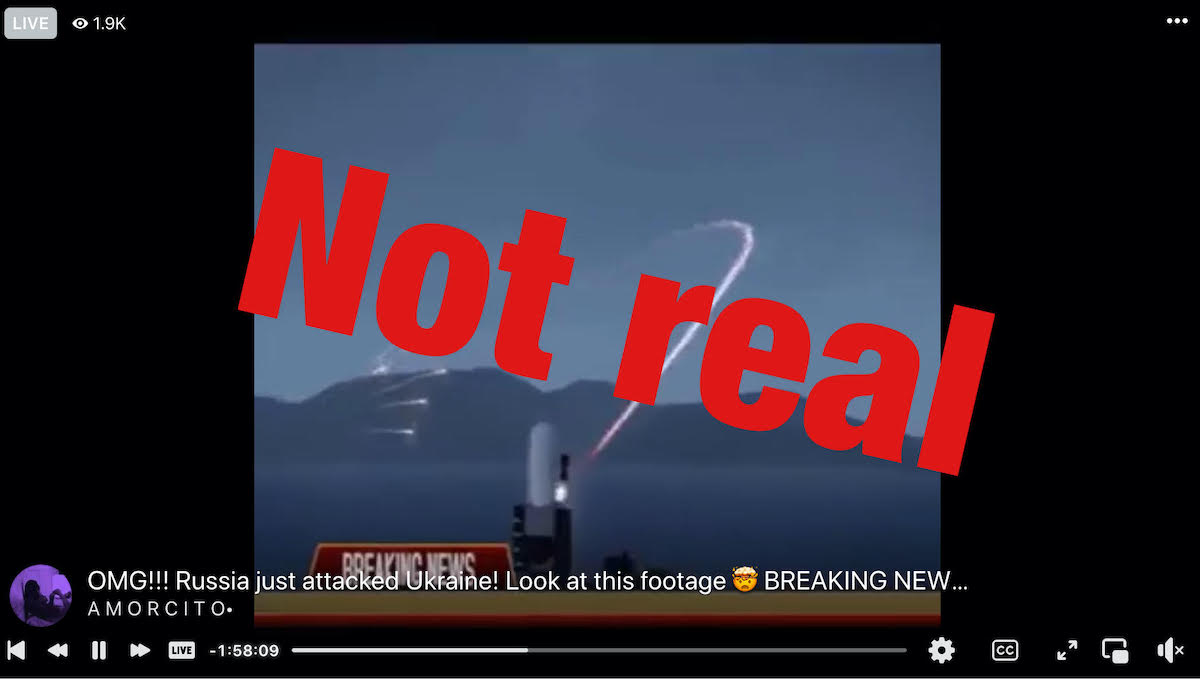 The second video of the missiles has been circulating on the internet since at least December 2021 and depicts a teaser clip from a video game named "War Thunder."

Readers and social media users should always be cautious when seeing or sharing images and videos in breaking news scenarios.

These clips aren’t real and do not show the current fighting in Ukraine. False.