Madeleine Albright
stated on April 10, 2018 in her book, "Fascism: A Warning":
Says Benito Mussolini "initiated a campaign to 'drenare la palude' ('drain the swamp') by firing more than 35,000 civil servants."

One of Donald Trump’s more memorable campaign slogans was his promise to "drain the swamp," a push to end corruption in Washington.

Wow! I hear you Warren, Michigan. Streaming live - join us America. It is time to DRAIN THE SWAMP!
Watch: https://t.co/pjXELwc5E1

That phrase showed up recently in an unexpected place: a book by Madeleine Albright, who served as secretary of state under President Bill Clinton.

The publication of Albright’s Fascism: A Warning during the Trump era is not coincidental. "Why, this far into the twenty-first century, are we once again talking about fascism?" Albright wrote. "One reason, frankly, is Donald Trump. If we think of fascism as a wound from the past that had almost healed, Trump in the White House was like ripping off the bandage and picking at the scab."

Albright went on to describe the rise of Benito Mussolini, Italy’s fascist leader in the early 20th century. She wrote that Mussolini used the phrase "drain the swamp" when he made moves to overhaul the country’s unpopular government bureaucracy.

"He knew that citizens were fed up with a bureaucracy that seemed to grow bigger and less efficient each year, so he insisted on daily roll calls in ministry offices and berated employees for arriving late to work or taking long lunches.

"He initiated a campaign to 'drenare la palude' ('drain the swamp') by firing more than 35,000 civil servants," Albright wrote.

A PolitiFact reader was struck by this linguistic link and wondered whether the Italian fascist leader had really been the source of Trump's famous phrase. So we asked U.S. and Italian historians about it.

We found that Mussolini’s government made a big point of draining literal swamps, as public works projects, and he did conduct mass firings of civil servants. In addition, Mussolini touted the metaphor of purification as a defining principle of his political philosophy.

"We can understand fascism's social, agricultural, and racial policies through the concept of ‘reclamation’ — draining or cleansing something to regenerate or remake it," said Ruth Ben-Ghiat, a professor of history and Italian studies at New York University and author of Fascist Modernities: Italy, 1922-1945.

However, Mussolini does not seem to have used the Italian version of Trump’s "drain the swamp" term. Indeed, the phrase’s origin appears to be as American as apple pie. 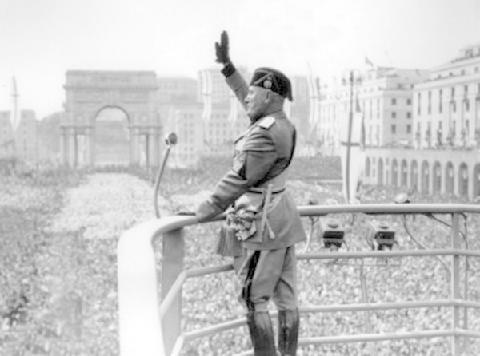 Mussolini and the Pontine marshes

The swamps Mussolini sought to drain are known as the Pontine marshes. Located on the outskirts of Rome, the marshes were unhealthy and largely uninhabited for centuries due to malaria.

Several years into his tenure as Italy’s leader, Mussolini made a big push to drain the marshes, building new towns with modernist architecture and settling the area.

The government installed "six pumps as huge and noisy as airplanes," as the New York Times put it, in an effort to "pull millions of gallons of water — up to 9,500 gallons a second — out of the soggy ground, directing it into an elaborate system of cement-lined canals that ultimately dump it into the sea."

The region’s infrastructure was damaged during World War II, but it was repaired after the war and became a fertile area for growing fruits, vegetables and livestock. The town of Latina doesn’t shrink from its Mussolini heritage; in 2015, Newsweek reported that locals retain affection for the fascist leader and the buildings he constructed.

"Not every aspect of the Pontine marshes was a success, but for the most part the regime, and outsiders, viewed it as such," said Michael R. Ebner, a Syracuse University historian and author of The Politics of Everyday Life in Fascist Italy. 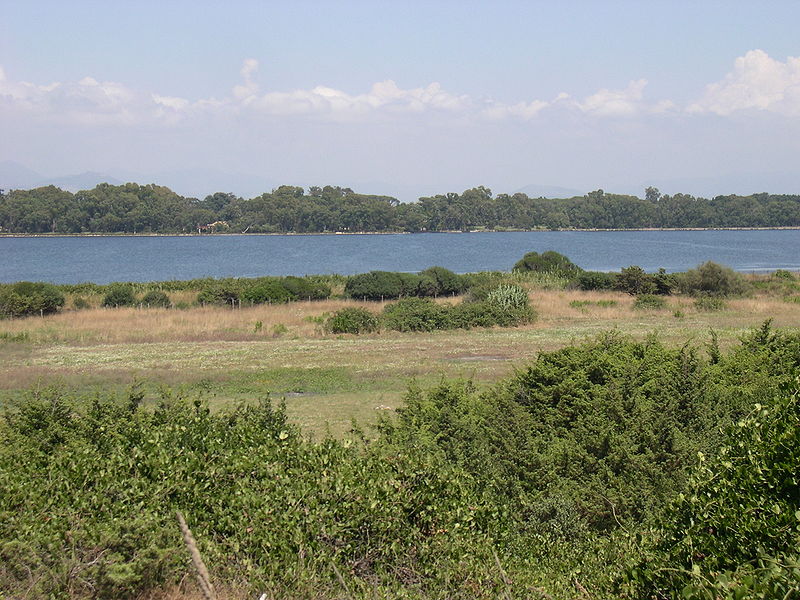 A portion of the Pontine marshes near Rome. (Creative commons)

From literal swamps to metaphorical swamps

So Mussolini literally drained the swamps. But he also liked the metaphor, and he sought to apply it to other areas of Italian life.

David I. Kertzer, a Brown University professor and author of The Pope and Mussolini, said Albright’s comment describes the purging of the bureaucracy accurately early in Mussolini’s tenure.

"Mussolini attacked the bloated public payroll and, in line with this, in the first months of his coming to power, he fired 36,000 workers for the state-owned railroad," Kertzer said.

The subsequent land reclamation in the Pontine marshes "gave the regime confidence that it could expand Italian territory and engage in projects of fascist social engineering," Ebner said. "These goals were highly relevant to fascism going forward."

Ultimately, Mussolini followed a philosophy of " ‘bonifica umana,’ or human reclamation, which had to do with remaking the Italians eugenically and also racial policies to keep Italians pure," Ben-Ghiat said.

At the same time, most of the experts we contacted agreed that Mussolini didn’t use the catchphrase drenare la palude, or "drain the swamp," to refer to his metaphorical efforts.

"I don’t think this phrase was a big deal for Mussolini or his regime," said Richard Bosworth, a historian affiliated with Oxford University who has written two books about Mussolini and his era.

Barry Popik, who has blogged extensively about etymology, scoured a variety of online databases commonly used by etymologists and found essentially no examples of the phrase drenare la palude during Mussolini’s time.

So where did the phrase "drain the swamp" originate?

The English phrase "drain the swamp" appeared at least as long ago as 1903, in an Oshkosh, Wis., newspaper. "Socialists are not satisfied with killing a few of the mosquitoes which come from the capitalist swamp; they want to drain the swamp," the newspaper wrote, quoting a Social Democratic Party organizer. Two other prominent members of the socialist or social democratic movements used the term in similar contexts: Victor Berger in 1912 and Mary Harris (Mother) Jones in 1913.

That said, the phrase remained rare until about 1970, Popik found, and it didn’t really catch on until President Ronald Reagan used it in 1983 to take a shot at the Washington bureaucracy.

Popik suggests that, rather than referring to the Pontine marshes, "drain the swamp" probably came from a folksy aphorism that posits that "when you’re up to your neck in alligators, it’s easy to forget that the initial objective was to drain the swamp."

Through her publisher, Albright's communications staff agreed with our finding that "drain the swamp" or its Italian-language equivalent was not a major slogan for Mussolini's government. They said her point was to draw attention to his actions of purging the bureaucracy.

"The reference in Dr. Albright’s book is not to a specific statement by Mussolini, but rather to the Italian dictator’s policy of purging the bureaucracy," Albright's office said in a statement.

She’s on target about Mussolini’s bureaucracy-busting efforts, as well as the importance of draining swamps — both literal and figurative — within his fascist philosophy.

However, experts said Mussolini did not use the Italian version of Trump’s "drain the swamp" term, weakening Albright's rhetorical connection between the leaders.

Business Insider, "Here's what Trump means when he says 'drain the swamp' — even though it's not an accurate metaphor," Nov. 11, 2016

Email interview with Barry Popik, etymologist and blogger, May 7, 2018

Email interview with Andrea Ungari Adjunct, professor of history and theory of movements and political parties at LUISS-Guido Carli, May 7, 2018

Email interview with Marco Tarchi, historian at the University of Florence, May 4, 2018

Email interview with Ruth Ben-Ghiat, professor of history and Italian studies at New York University and author of Fascist Modernities: Italy, 1922-1945, May 4, 2018

Email interview with Michael R. Ebner, Syracuse University historian and author of The Politics of Everyday Life in Fascist Italy, May 4, 2018

Email interview with David I. Kertzer, Brown University professor of anthropology and Italian studies and author of The Pope and Mussolini, May 4, 2018

Email interview with Richard Bosworth, historian affiliated with Oxford University and biographer of Mussolini, May 4, 2018

Email interview with Kate D'Esmond, spokeswoman for HarperCollins, May 8, 2018