Marjorie Taylor Greene
stated on February 19, 2022 in a talk before a rally:
"Ukraine was the No. 1 donor to Hillary Clinton when she was running for president.”

Rep. Marjorie Taylor Greene, R-Ga., speaks at a news conference at the Capitol in Washington on Dec. 7, 2021. (AP)

Greene’s remarks came before a rally for a congressional candidate in Texas, where she toggled between attacks on Democrats and critiques of the media.

"They would rather talk about Russia, Russia, Russia, and Ukraine, and talk about possible war, than talk about the real truth that Ukraine — don’t forget this — Ukraine was the No. 1 donor to Hillary Clinton when she was running for president," Greene said Feb. 19 in comments captured by Right Side Broadcasting Network, a right-wing website known for streaming Trump’s events.

That’s not the real truth.

The claim about Clinton was part of a torrent of falsehoods from Greene that also included inaccurate claims that the southern U.S. border is "wide open"; that President Joe Biden has "dementia"; and that Clinton and her campaign "hacked into the White House and spied on the president of the United States."

Clinton did not report receiving any campaign donations from the Ukrainian government or Ukrainian nationals during her bid for president in 2016, said Anna Massoglia, the editorial and investigations manager at OpenSecrets, a nonprofit organization that tracks money in politics.

"Such contributions are illegal under federal law," said Rick Hasen, a professor of law and political science at the University of California, Irvine. The law prohibits contributions, donations, expenditures and disbursements from foreign nationals in connection with any U.S. election.

OpenSecrets’ website shows the actual top donations made to Clinton’s campaign, as well as a breakdown of donations by geographic location. The breakdown shows that all the locations are in the U.S. 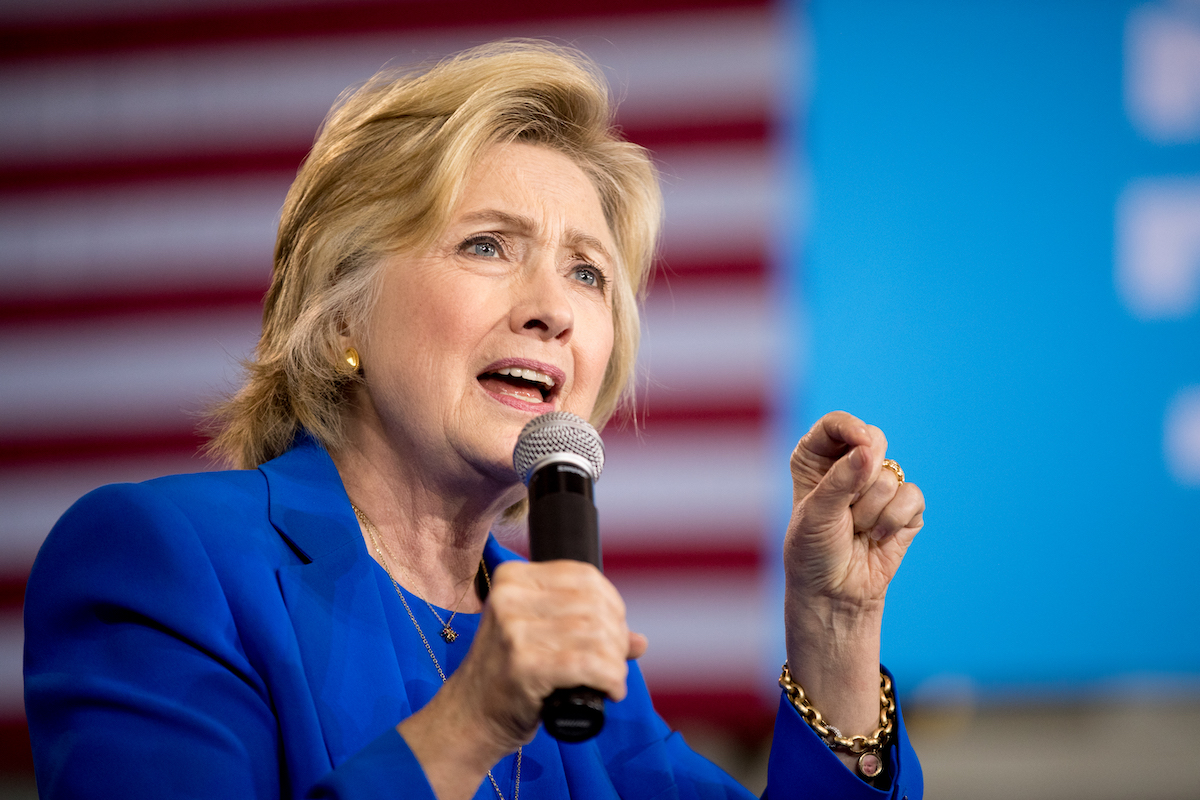 In an emailed response to PolitiFact’s inquiry, Greene spokesperson Nick Dyer did not cite any donations that Ukraine’s government or Ukrainian nationals made to Clinton’s campaign.

Instead, he cited a 2015 chart from The Wall Street Journal that dealt with donations to the Clinton Foundation, the nonprofit organization founded by former President Bill Clinton. But the donations listed in that chart were not from the Ukrainian government, and they did not happen while Hillary Clinton was running for president against Trump.

The chart was part of an article examining "large donors to the Clinton Foundation" in the years after Hillary Clinton became former President Barack Obama’s secretary of state in 2009.

Helping push Ukraine to the top of that list were donations between 2009 and 2013 from a foundation created by Victor Pinchuk, a Ukrainian steel mogul and former parliamentarian. Those contributions accounted for at least $8.6 million, the Journal reported at the time.

But misinterpretations of the graphic inspired a flurry of misinformation in 2019 and again in 2020, as Trump was impeached in the House for conduct related to Ukraine. Conservative websites and social media posts wrongly claimed that the Ukrainian government threw millions of dollars at the Clinton Foundation while Hillary Clinton worked in the Obama administration.

As FactCheck.org, Snopes and PolitiFact reported, The Wall Street Journal chart ranked the top donations by nationality — not by foreign governments.

The time span covered in the chart also ended the year before Clinton announced the launch of her 2016 presidential campaign on April 12, 2015.

So the chart Greene’s spokesperson cited doesn’t support her claim about donations while Clinton was running for president.

Greene said, "Ukraine was the No. 1 donor to Hillary Clinton when she was running for president."

Clinton’s 2016 presidential campaign did not report any donations from Ukraine or Ukrainian nationals — a move that would have broken the law. Asked for evidence to support Greene’s claim, the congresswoman’s spokesperson did not cite any campaign donations.

He pointed instead to a Wall Street Journal chart that mapped large individual donations between 1999 and 2014 to the Clinton Foundation, a nonprofit organization. The chart was a ranking of the top foreign donors by nationality, not contributions from foreign governments.

The Clinton Foundation said it has never received any funding from the Ukrainian government.

Snopes, "Did Ukraine Donate More Than Any Country to the Clinton Foundation?" Dec. 11, 2019

Email interview with Rick Hasen, professor of law and political science and co-director of the Fair Elections and Free Speech Center at the University of California, Irvine, Feb. 21, 2022