A viral Facebook post purports to offer a get-out-of-jail-free card for users who violate the platform’s rules.

"For those of you that are constantly in Facebook jail like myself here is a way you can avoid that," says a Feb. 21 post with a screenshot of blocked accounts. "Go to your settings, then scroll down to blocking & type in ‘Community Standards’ after that you shouldn't have anymore problems with your Facebook going against community standards."

This post was flagged as part of Facebook’s efforts to combat false news and misinformation on its News Feed. (Read more about our partnership with Facebook.) It has more than 62,000 shares, and similar posts have been copy-pasted dozens of times. 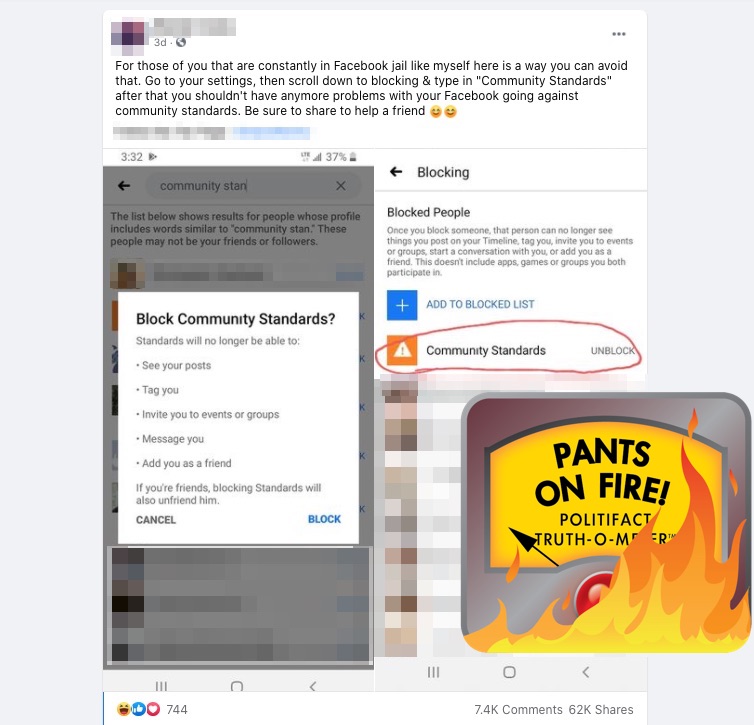 The post is wrong — Facebook’s blocking feature does not apply to the policies that govern its platform. The page pictured in the posts is not Facebook’s official Community Standards, either.

There is not an official page, group or account for Facebook’s Community Standards, which all users must agree to before using the platform. Instead, the rules are housed on a separate webpage.

According to the Community Standards, Facebook users aren’t allowed to post death threats, pornography, scams, and other illicit material. Creating fake accounts and posting spam are also not allowed.

If users violate Facebook’s Community Standards, the platform may remove the offending post, apply a warning label or disable the account that posted it. The company also reports some content to law enforcement agencies when it’s a "specific, imminent and credible threat to human life."

To test the claim in the Facebook post, we blocked the same account called "Community Standards." Then, we tried to share a series of videos that falsely say snow in Texas was government-generated or fake.

Our post was affixed with a label indicating that the videos had been debunked by several fact-checkers (including PolitiFact). Even though we had blocked the "Community Standards" account, Facebook still automatically enforced its rules against false news. 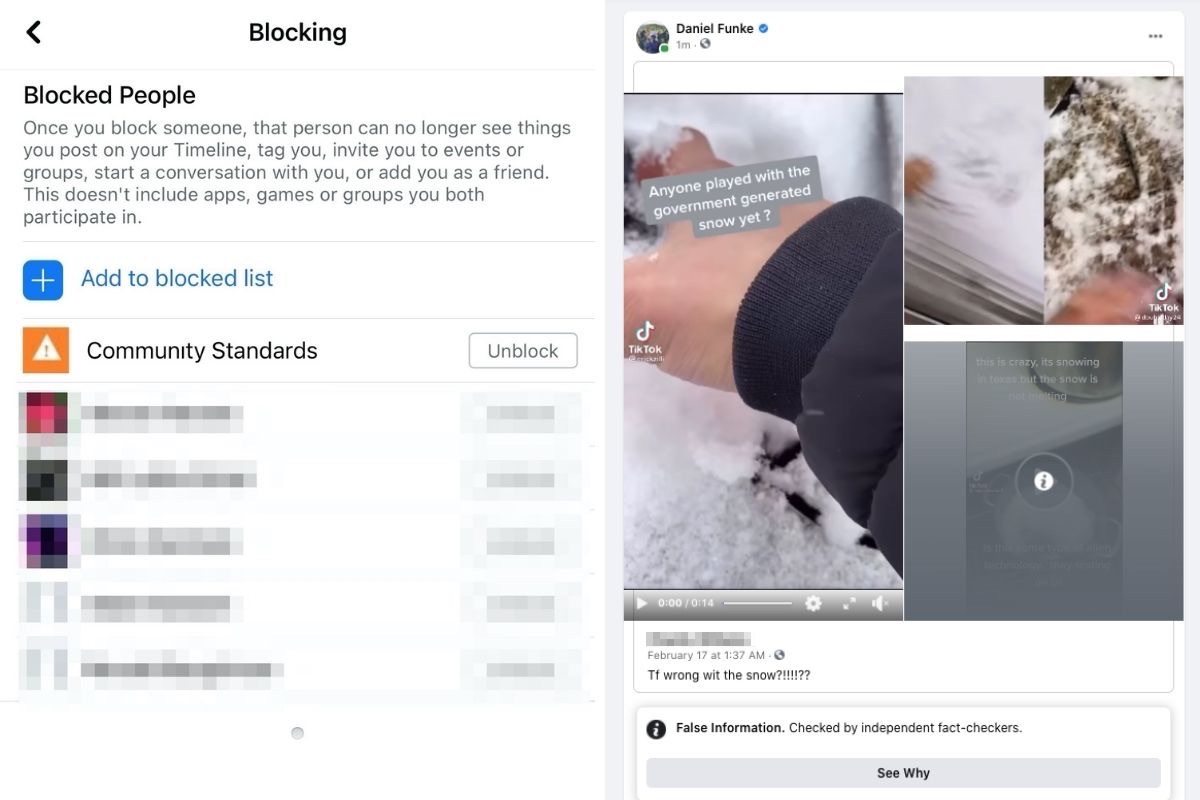 Facebook spokesperson Kevin McAlister told PolitiFact the post is wrong to say that users can opt out of the company’s Community Standards. He pointed to this line specifically:

"Our Community Standards apply to everyone, all around the world, and to all types of content."

PolitiFact, "No, the snow isn’t government-generated. This is what a snowball does when you take a lighter to it." Feb. 19, 2021