Donald Trump
stated on October 22, 2020 in the final 2020 presidential debate:
“President Obama would never give them long-term funding, and I did … I saved historically Black colleges and universities.”

Donald Trump at the third and final presidential debate on Oct. 22, 2020 (AP)

President Donald Trump exaggerated his contributions to historically Black colleges and universities during the final presidential debate, claiming he "saved" the minority institutions when he signed a bill to permanently extend a stream of federal funding beyond 2019.

According to the story Trump told on stage with former Vice President Joe Biden, HBCUs were repeatedly sending representatives to meet him in the White House. They kept coming back, Trump said, and when he asked why, they told him their schools had "no funding."

When Trump signed the bipartisan FUTURE Act in 2019, he did make permanent $255 million in annual funding for minority-serving colleges, including roughly $85 million earmarked as mandatory funding for historically Black colleges and universities under a Title III program.

But it’s inaccurate for Trump to claim that he "saved" HBCUs, or that they had "no funding" before him.

The Trump campaign did not respond to requests for comment.

The Strengthening Historically Black Colleges and Universities program has given Congress an avenue to award grants to HBCUs for decades.

The Title III program, authorized as part of the Higher Education Act of 1965, is funded with annual discretionary appropriations and the additional annual mandatory appropriations made permanent by the FUTURE Act, according to the U.S. Education Department.

Before the FUTURE Act kicked in, HBCUs had to ask Congress each year to renew the mandatory funding, as PolitiFact has reported. The act marked a significant change, and organizations that support HBCUs heralded the move.

But Trump’s claim likely overstated the role he played in making the law a reality. The president did sign the bill when it hit his desk, but it’s not clear that he did other legwork to get it there.

"The only words the president contributed were his signature, ‘Donald J. Trump,’" Rep. Alma Adams, D-N.C., an original sponsor of the bill, told Inside Higher Ed in August.

Total funding for the program has trended up under Trump. However, the president’s budget proposals for the last three years show the White House repeatedly requested less in discretionary funding through the program than Congress provided.

The White House has also tried to trim funding for federal TRIO programs, which are designed to provide services to students from disadvantaged backgrounds.

That doesn’t mean the Trump administration hasn’t been supportive of HBCUs. In 2018, for example, Education Secretary Betsy Devos issued full forgiveness on hurricane relief loans granted to four HBCUs in the aftermath of Hurricanes Katrina and Rita in 2005.

But as other fact-checkers have noted, Trump’s insistence that he "saved" HBCUs goes too far. His debate-night claim also ignored that HBCUs received money via the Title III program every year under Obama, according to the U.S. Education Department.

"President Trump did no more for HBCUs than any other U.S. president, but I don’t know of anything that he has done that has had a disproportionately negative impact on HBCUs," said Ivory Toldson, a professor at Howard University who served as an HBCU liaison for the Obama administration. Toldson added that presidents have limited control over the federal budget.

Federal funding for HBCUs comes in other forms

The program impacted by the FUTURE Act isn’t the only source of federal funding for HBCUs, although experts said it makes up a sizable amount. The schools can seek funding through grants, contracts and cooperative agreements with federal agencies, Toldson said. 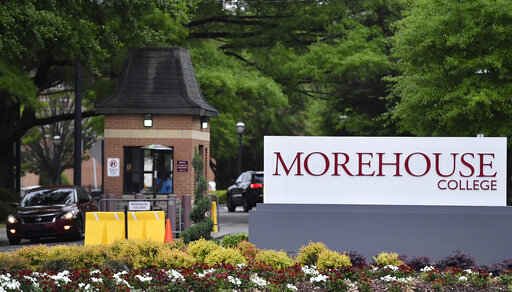 Money also flows indirectly to students in the form of Pell Grants, said Krystal L. Williams, an assistant professor of higher education at the University of Alabama, who co-authored a 2019 report on HBCU funding sources for the American Council on Education.

Those funding sources predate both the Trump and Obama administrations, Williams said.

Toldson and Williams crunched the numbers on HBCU funding for PolitiFact using data on the individual institutions’ reported revenues from the National Center for Education Statistics. Due to a reporting lag, the data excludes the most recent years under Trump and does not account for emergency funds delivered as a result of the coronavirus pandemic.

HBCUs received a total of $1.9 billion from the federal government in appropriations, grants and contracts in 2017-2018, compared with $1.8 billion in 2016-2017 and between $1.8 billion and $2.4 billion annually under Obama, Toldson said. Both Toldson and Williams said the highest investment occurred in 2009-2010, as the nation recovered from the Great Recession.

Trump said, "President Obama would never give them long-term funding, and I did … I saved historically Black colleges and universities."

Trump signed the FUTURE Act into law, making a major funding stream for HBCUs permanent beyond 2019. But it’s a stretch to say he "saved" them from financial ruin. The schools received federal dollars, including via the same Title III program, under Obama.

This fact check is available at IFCN’s 2020 US Elections #Chatbot on WhatsApp. Click here, for more.

Email interview with Marybeth Gasman, professor of education at Rutgers University and the executive director of both the Samuel DeWitt Proctor Institute for Leadership, Equity, and Justice and the Rutgers Center for Minority Serving Institutions, Oct. 27, 2020

Email interview with Gregory Price, professor of economics and finance at the University of New Orleans, Oct. 27, 2020

Email interview with Ivory Toldson, professor of counseling psychology at Howard University and a former HBCU liaison for the Obama administration, Oct. 7, 2020