JD Wooten
stated on August 24, 2018:
"My opponent, Rick Gunn, blocked the expansion of Medicaid — costing half a million people health insurance, including at least 23,000 veterans."

For years, Democrats in North Carolina have pushed to expand Medicaid, a move they say would help hundreds of thousands of North Carolinians afford health insurance.

JD Wooten, A Democratic candidate for state Senate, added new fuel to the expansion debate when he blasted his opponent, four-term Republican incumbent Sen. Rick Gunn, in a campaign ad.

"My opponent, Rick Gunn, blocked the expansion of Medicaid — costing half a million people health insurance, including at least 23,000 veterans," Wooten said in a caption posted with the video.

We wondered if Wooten -- who is running in North Carolina’s District 24, which includes Alamance County and part of Guilford County -- was correct in his estimates. We decided to take a look.

Medicaid provides health insurance to low-income people. North Carolina has participated in the program since 1970 but remains one of 17 states that has not moved to expand it.

Medicaid expansion — an action made possible by the federal Affordable Care Act — would give coverage to folks with household incomes below 138 percent of the federal poverty level. As a result, many North Carolinians who do not qualify for the ACA’s health care subsidies or regular Medicaid coverage would be able to escape the so-called coverage gap.

Since his election in 2016, Democratic Gov. Roy Cooper has battled with conservatives in the state’s Republican-led legislature over the issue. There were signs of a bipartisan agreement when Republicans authored a 2017 bill called "Carolina Cares," but the legislation never got off the ground in committee.

But while some state Republicans have worked toward compromise, Gunn was among many co-sponsors of a 2013 bill that rejected the ACA’s optional Medicaid expansion, clarified the state’s intent not to operate a state-run health benefit exchange and determined that Medicaid eligibility decisions would be made by the state rather than the federal government. The bill was adopted by a vote of 74 to 40 in the state House and 31-16 in the state Senate and signed into law by then-Gov. Pat McCrory.

Gunn did not respond to multiple requests for comment, but Republican leaders in the legislature have consistently opposed Medicaid expansion, saying North Carolina's share of the rising cost of the program would be too expensive. Senate leader Phil Berger called it a "budget-busting" expense, The News & Observer reported in 2017.

‘Half a million people’

The Wooten campaign cited several reports to support the claim that withholding Medicaid expansion was costing half a million North Carolinians health insurance.

Among those were articles from the left-leaning North Carolina Justice Center, the pro-expansion Close the Gap NC and the North Carolina Medical Journal, all of which estimated that the expanded benefit would give new coverage to some 500,000 people.

Most other reports predicted similar results. The U.S. Census Bureau, for example, estimated in 2016 that there are more than 440,000 North Carolinians who are uninsured and earning less than 138 percent of the federal poverty level.

David Anderson, a research associate at Duke University’s Margolis Center for Health Policy, said the actual impact would likely exceed the Census Bureau’s estimate because additional people who are currently insured on ACA exchanges could be expected to transfer to Medicaid if an expansion bill passed.

Richard Hudson
stated on January 12, 2023 in a tweet
“Joe Biden’s war on American energy caused this crisis and his only response has been to drain our strategic petroleum reserve to its lowest level since 1983.”

"The estimate of 500,000 North Carolina residents would be covered by Medicaid is a solid estimate well within consensus, expert opinion," Anderson said.

Other experts we consulted agreed. "It appears that about a half a million people is close in the estimate," said Lisa Dubay, senior fellow in the Health Policy Center at the Urban Institute, a left-leaning, Washington-based think tank.

Predictions and estimates vary, but Wooten’s claim does not seem to oversell the impact Medicaid expansion could have. In a 2017 article, North Carolina Health News reported that the number could even exceed 625,000, according to the state’s Medical Care Advising Committee, a collection of health clinic managers, doctors and administrators.

The Wooten campaign did not say how or where it found its estimate for the impact on veterans, but the number may have come from NC Policy Watch, the news arm of the NC Justice Center, which cited a 2013 study from the Robert Wood Johnson Foundation and the Urban Institute.

According to that study, approximately 23,000 North Carolina veterans would receive Medicaid coverage under an expanded program. Anderson noted, however, that although the estimate resulted from a sound statistical process, it is becoming outdated.

That report estimated that, of the 25,000 veterans projected to be uninsured in North Carolina in 2017, 2,000 would be eligible for but not receiving Medicaid and another 12,000 would fall into the coverage gap, for a total of approximately 14,000 people.

This number is short of Wooten’s 23,000, but Anderson explained that the difference between the two studies’ findings is likely due to sampling error and trend changes.

"The caveat with Medicaid expansion is that current veterans who make between 100 and 138 percent (of the federal poverty level) would be able to switch their insurance to Medicaid or gain coverage," Anderson said. "There are no good numbers for that. I think it is safe to say that the most recent study gives a floor of 14,000."

So Wooten’s estimate may be outdated, but it does not seem unreasonable. And his larger point — that a large number of veterans would gain coverage from Medicaid expansion — holds true.

In the caption of a video posted to Facebook, Wooten said, "My opponent, Rick Gunn, blocked the expansion of Medicaid — costing half a million people health insurance, including at least 23,000 veterans."

Gunn co-sponsored a 2013 bill that rejected Medicaid expansion, so even if he was not solely responsible for blocking expansion, he played a role in it.

Experts agree this is costing approximately 500,000 North Carolinians the chance at receiving health coverage. That would include many veterans, although the exact number is less clear than Wooten suggested. But given the available research, Wooten’s number seems reasonable.

This story was produced by the North Carolina Fact-Checking Project, a partnership of McClatchy Carolinas, the Duke University Reporters’ Lab and PolitiFact. The NC Local News Lab Fund and the International Center for Journalists provides support for the project, which shares fact-checks with newsrooms statewide. 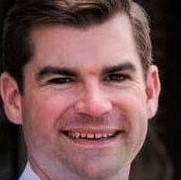 The Urban Institute, "What if More States Expanded Medicaid in 2017? Changes in Eligibility, Enrollment, and the Uninsured," July 2016

The Urban Institute, "What Is the Result of States Not Expanding Medicaid?" August 2014

The Urban Institute, "Veterans and Their Family Members Gain Coverage Under the ACA, but Opportunities for More Progress Remain," September 2016

The Urban Institute, "Opting Out of the Medicaid Expansion under the ACA: How Many Uninsured Adults Would not Be Eligible for Medicaid?" July 5, 2012

The News & Observer, "NC wants to require Medicaid recipients to work. Here’s what would have to happen next," Jan. 16, 2018