Kathy Manning, democratic candidate for the the 13th Congressional District of North Carolina, during an election rally in Greensboro, N.C., on Oct. 19, 2018. (AP/Gerry Broome)

Two years ago, Republicans were attacking Democrats for backing the Affordable Care Act. But the tables have turned.

These days, Democrats across the country are citing the popularity of the ACA, also known as Obamacare, and blasting Republicans for their repeated efforts to chip away at it.

The ad cites the case of a woman named Lilly who "worked her way through UNC while living with a tumor that radiation and surgery could not cure."

"But Lilly’s congressman, Ted Budd, voted to gut protections for pre-existing conditions like hers, letting insurance companies deny coverage for the treatment she needs," the ad says.

Budd is not the first Republican to see this attack. In the last several weeks, PolitiFact’s state affiliates have awarded Half True ratings to nearly identical ads and statements from Democrats in Wisconsin, Florida, Virginia and California.

Manning’s ad has been active on Facebook for more than a month, and the Manning campaign even set up a special website to showcase it. So we decided to give it a fresh look and see how it stacks up against the facts.

The American Health Care Act and the MacArthur amendment

The Manning campaign declined to comment, but its website cited articles from Time, CNN and the AARP to back up the claim.

The website noted that the vote in question was related to the American Health Care Act of 2017, a Republican plan to overhaul Obamacare. The AHCA, as the bill was called, passed the House with a 217-213 margin before ultimately failing in the Senate.

The AHCA would have retained some components of Obamacare while eliminating the individual mandate and making other modifications.

Budd voted yes on the AHCA, and while it did not allow states to refuse coverage to people with pre-existing conditions, it did open the door for insurers to hike premiums for those people under certain circumstances.

Specifically, an April 2017 amendment from Rep. Tom MacArthur, R-N.J., would have allowed states to apply for waivers to some requirements of the Affordable Care Act.

As PolitiFact noted in its guide to the MacArthur amendment, the amendment would have let states seek waivers from the AHCA’s "continuous coverage" provision, which was supposed to require that Americans continuously carry health insurance or else face higher premiums for one year.

Insurers in states receiving waivers would have been permitted to consider a person’s health status when setting premiums in the individual market for the year of penalty. In other words, they would have been able to raise the premiums, for one year, of a person with a pre-existing condition so long as that person had been uninsured for 63 consecutive days the previous year.

Currently under Obamacare, premiums can only vary based on certain conditions, such as age, location or tobacco use. Any person without employer or government-provided health insurance is guaranteed access to coverage in the individual market — regardless of his or her health status — and cannot be charged a higher rate because of a pre-existing condition.

What would the AHCA have meant for pre-existing conditions?

"Not one person would be denied health insurance for pre-existing conditions, and (Manning) should apologize for her false, smear campaign and take down her ad," she said.

Indeed, the MacArthur amendment explicitly stated that "nothing in this Act shall be construed as permitting insurers to limit access to health coverage for individuals with pre-existing conditions."

As we mentioned before, the amendment would have allowed insurers to consider pre-existing conditions when writing policies for people who had lapses in their coverage the previous year.

The Kaiser Family Foundation estimated that could mean that 6.3 million people could have faced higher premiums under the AHCA because of pre-existing health conditions.

As PolitiFact has noted before, many low-income people have trouble staying covered without lapses, and the waiver system could have led insurers to drive premiums too high for these people during penalty years.

The ACHA would have appropriated $8 billion over five years to assist people who could not afford the penalty premiums. The waivers would have also allowed states to set up high-risk pools or participate in a federal invisible risk-sharing program to reimburse insurers for taking on high-risk individuals.

But it’s not clear how effective either measure would have been. In a press release, the American Medical Association warned that the AHCA’s waiver program "could make coverage unaffordable for people with pre-existing conditions."

The bill included a line stating that insurers would not have been allowed to restrict access to healthcare for people with pre-existing conditions.

Overall, Manning’s ad is partially accurate, but leaves out important details and context. We rate this statement Half True. 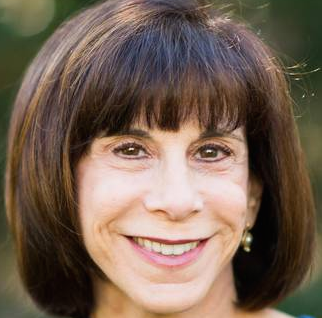 The Washington Post, "Kamala D. Harris’s claim that 129 million people with preexisting conditions ‘could be denied coverage,’" May 10, 2017

Henry J Kaiser Family Foundation, "Pre-existing Conditions and Medical Underwriting in the Individual Insurance Market Prior to the ACA," Dec. 12, 2016

Henry J Kaiser Family Foundation, "Analysis: 6.3 Million People with Pre-Existing Conditions Would Be at Risk for Higher Premiums under the House’s Health Bill," May 17, 2017

Centers for Medicare and Medicaid Services, "At Risk: Pre-Existing Conditions Could Affect 1 in 2 Americans," accessed Oct. 21, 2018

PolitiFact, "Does new version of the AHCA protect coverage for pre-existing conditions?" May 4, 2017

Email correspondence with a spokesperson for Kathy Manning for Congress, Oct. 19, 2018