Shannon Grove
stated on January 6, 2021 in a tweet:
"Antifa" is to blame for storming the U.S. Capitol.

Trump supporters try to break through a police barrier, Wednesday, Jan. 6, 2021, at the Capitol in Washington. (AP)

One of California’s highest ranking Republican leaders baselessly pinned Wednesday’s storming of the U.S. Capitol on antifa, despite overwhelming video evidence showing it was supporters of President Trump who broke into the building in Washington, D.C.

"Patriots don’t act like this !!! This was Antifa," Sen. Shannon Grove wrote in a Tweet, which has since been deleted.

Grove is from Bakersfield and is the state Senate Republican Leader. 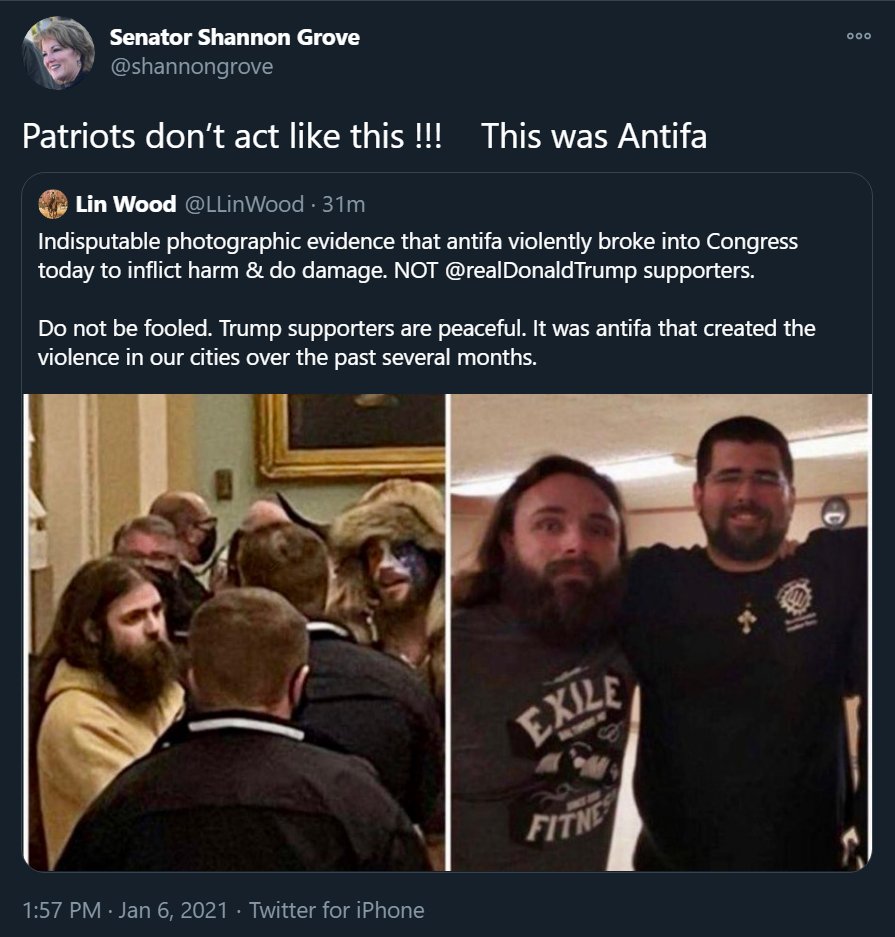 Grove’s post, which was live on Twitter for only a few moments approximately, cited a separate tweet and photo from attorney and Trump supporter Lin Wood. He claimed two men in the photo are affiliated with antifa, a loosely affiliated group of far-left anti-fascism activists.

The problem? One of the men was quickly identified by journalists who track far-right extremism as a neo-Nazi.

Viral image
stated on November 13, 2022 in an Instagram post
Ballots recovered from a Santa Clara County, California, ravine are evidence of “how the left cheats to win.”

Similar groundless claims about antifa appeared on Facebook and in pro-Trump media, including from Rep. Mo Brooks (R-Ala.) who tweeted "ANTIFA fascists in backwards MAGA hats," suggesting that some members of the violent mob were not supporters of the president.

But video and photographs from the scene show people wearing and waving Trump-branded paraphernalia and flags. Reporters covering the events described the crowd as Trump supporters. The crowd also included supporters of the QAnon conspiracy theory, according to reporters present.

Trump spoke to a rally of supporters in Washington hours before the violence erupted, and he urged them to come to the city on Jan. 6 and back his efforts to overturn the election.

Grove’s spokesperson declined an interview request and cited a follow-up tweet by the senator, which reads: "This is unacceptable. America guarantees the freedom of speech and to protest, but this is not the way to settle differences. Enough."

We rated Grove’s tweet about antifa Pants On Fire.