Bloggers
stated on February 7, 2018 in a blog post:
"FBI RAIDS OBAMA – Find Massive Secret That Was Hidden For YEARS."

A website trying to trick voters into a click says in a headline, "FBI RAIDS OBAMA – Find Massive Secret That Was Hidden For YEARS." But the story is not nearly as explosive as it sounds.

The website maxipolitics.com posted the story originally in February, but it’s continuing to be shared on Facebook. Facebook users flagged the post as being potentially fabricated, as part of the social network’s efforts to combat online hoaxes.

The Facebook post comes with a photo collage of FBI agents in jackets and a mugshot of Barack Obama. 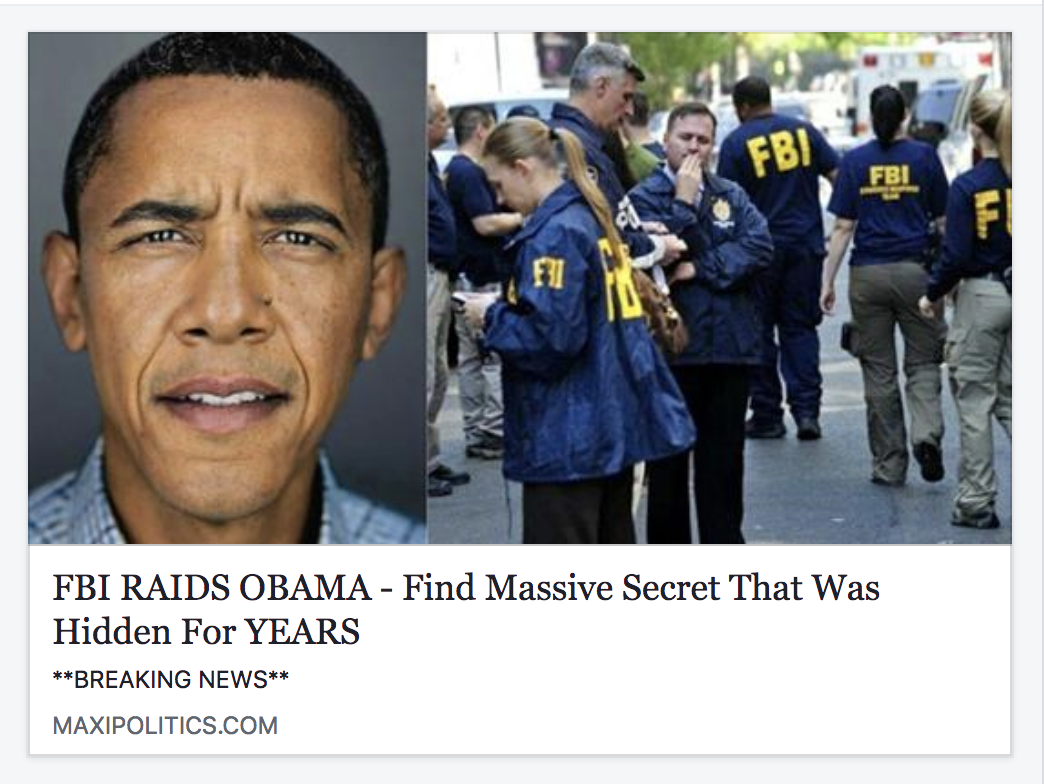 Political Insider
stated on November 15, 2016 in a post on their website
A picture shows former President Bill Clinton naked with another woman.

But this story has nothing to do with the former president. Neither does the FBI.

In January, the South Carolina Department of Revenue arrested Murad A. Alhanik, owner of Obama Mart in Columbia, S.C., of tax evasion. According to the state agency, "From tax years 2013 to 2016, Alhanik filed monthly sales tax returns reporting a total of $971,935 in gross sales. However, the SCDOR investigation revealed actual sales to be $2,688,533. Due to the underreported sales, the defendant evaded paying $136,753 in sales taxes due to the state of South Carolina."

Maxipolitics.com took that real story and distorted it by adding details about the FBI and an image of the former president.