Dallas Woodhouse
stated on December 8, 2018 in a tweet:
Says no elections protest was filed, McCready conceded and "every" county board certified its results from the Mark Harris, Dan McCready race.

Dallas Woodhouse, executive director of the North Carolina Republican Party, takes a smoke break outside his office while checking in with party officials. (Courtesy of N&O/Bryan Anderson)

The North Carolina Republican Party has urged the state elections board to certify the results of a congressional race that are under investigation.

The N.C. State Board of Elections and Ethics Enforcement cited voting irregularities on Nov. 30 when it declined to declare Republican Mark Harris as victor over Democrat Dan McCready. Harris has about 905 more votes, according to unofficial results posted on the board website.

The investigation is ongoing. In the meantime, the N.C. Republican Party has called on the board to certify the race results. The board should seat Harris while it investigates, NCGOP Executive Director Dallas Woodhouse has said.

"There are two different issues here. The horrific lack of transparency by the majority board members of @NCSBE," Woodhouse tweeted on Dec. 8, referring to the state elections board. "With not one election protest filed, the candidate declining to call for a recount, the candidate conceding the race, and every local board of elections certifying the race,"

He added: "Any political party with no public allegations would lose their damn minds over a board not certifying a race which was not in dispute at the time and not telling anybody why."

PolitiFact has previously reviewed his last point about the board’s actions and found it isn’t true. For this fact-check, we’re going to examine his points that no elections protest was filed, McCready conceded and "every" county board certified its results.

No official election protest was filed in the Harris-McCready race, according to elections board spokesman Pat Gannon. Under state law, protests can be filed by any candidate or registered voter who’s concerned about the validity of an election, and those protests can trigger investigations.

Because Harris and McCready are separated by less than 1 percent of the vote, McCready was entitled to call for a recount. But he didn’t. He conceded the race the day after the election, the Charlotte Observer reported, only to renounce his concession on Dec. 6 after more irregularities came to light.

As for Woodhouse’s claim that "every local board of elections" certified the Harris-McCready race results, the facts are more complicated than that.

When PolitiFact asked the state elections board whether county boards had certified results in the Harris-McCready race, Gannon referred us to a Dec. 17 press release.

The release provides details about an evidentiary hearing scheduled for Jan. 11. It says "The proceedings affect the final certification of results in four contests in the 2018 general election:

(2) Seat 2 on the District Court in Judicial District 16B;

(4) Bladen Soil and Water Conservation District Supervisor (together, the "Contests")."

Josh Lawson, general counsel for the state elections board, said in an email that the board "did not certify all races in Bladen, and that we withheld certification in any contest where the apparent margin of victory represented fewer votes than those under review by our Agency."

In Bladen, for instance, "our Board ordered them to withhold their certificates," Lawson said.

So at least one county board didn’t certify, contrary to what Woodhouse said. It’s unclear whether county boards would’ve certified their results without intervention from the state board. But that question is moot.

Gannon, the elections board spokesman, referenced the state law that guides elections investigations. The law says:

"The State Board may consider protests that were not filed in compliance with G.S. 163A-1177, may initiate and consider complaints on its own motion, may intervene and take jurisdiction over protests pending before a county board, and may take any other action necessary to assure that an election is determined without taint of fraud or corruption and without irregularities that may have changed the result of an election."

In other words, state law allows the N.C. elections board to launch investigations:

▪ Even if a protest hasn’t been filed,

▪ Even if the candidate conceded, and

▪ Even if the county elections board certified the same ballots that the state board wants to investigate.

Woodhouse tweeted that no elections protest was filed, McCready conceded and "every" county board certified its results in North Carolina’s 9th Congressional District. He’s right that no protest was filed and that McCready conceded — albeit before concerns of voting irregularities arose. But he’s not quite accurate about the results being certified.

It’s important to note that when it comes to the state election board’s investigation, none of Woodhouse’s claims are relevant. State law doesn’t require the board to consider any of those points. However, his statement meets PolitiFact criteria for Mostly True. It’s accurate but needs clarification or additional information. 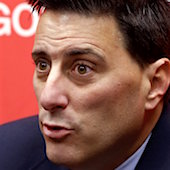 A pair of tweets on Dec. 8, 2018 by Dallas Woodhouse, executive director of the North Carolina Republican Party.

Email correspondence with Pat Gannon, spokesman for the N.C. State Board of Elections and Ethics Enforcement.

Email correspondence with Josh Lawson, general counsel for the N.C. State Board of Elections and Ethics Enforcement.

North Carolina General Statute 163A-1180, "Authority of State Board over protests," posted at ncleg.net.