Billy Richardson
stated on August 31, 2017 in on the House floor:
North Carolina is home to "two rivers of the top five most polluted rivers" in the U.S.

It’s one thing to say a couple of North Carolina’s rivers — the Neuse and the Cape Fear — are in danger of becoming very polluted. A report from one reputable environmental advocacy group supports that, and other groups are worried too.

It’s another thing to say what state Rep. William "Billy" Richardson said about the Cape Fear and Neuse Rivers on Aug. 31.

Richardson, a Fayetteville Democrat, urged his fellow legislators to commit more funding to the state Department of Environmental Quality during a speech on the state House floor.

"There are 250,000 rivers in this country," Richardson said. "Two rivers of the top five most polluted rivers are right here in North Carolina." He was referring to the Cape Fear and the Neuse.

Are the Cape Fear and the Neuse among America’s top five most-polluted rivers? And where is this "most polluted rivers" list he alludes to?

We’ll get to that. First, some background on why Richardson and others, including Gov. Roy Cooper, are so worried about the Cape Fear, in particular.

This summer it came to light that the Chemours plant near Fayetteville may have improperly dumped a chemical called GenX into the Cape Fear, which provides drinking water for much of southeastern North Carolina.

GenX is used to make Teflon, the nonstick substance that Chemours makes at its Fayetteville Works plant. The state is accusing the company and its predecessor, DuPont, of failing to inform regulators that they were releasing GenX into the river — and earlier this month the state sued Chemours over the discharges.

Meanwhile, Cooper and other Democratic legislators want to allot more resources to DEQ so the department can research the spill’s effects. But they’re mad because the Republican-controlled legislature in June cut DEQ’s budget by $1.8 million over the next two years, and DEQ’s leader says the department doesn’t have the funds needed to deal with the Cape Fear chemical pollution long-term.

Enter Richardson and his claim about North Carolina being home to two of the top five "most polluted" rivers in the country.

The dangers of hog waste

On the phone, Lawrence acknowledged that Richardson might’ve misspoke but that he "cares deeply" about the environment, referencing a bill he filed earlier this year to try to protect part of the Cape Fear from regulation rollbacks.

Richardson, for his part, later called PolitiFact to say that he once saw a list of America's most polluted rivers that supports his argument – but that he's had trouble finding it. Regardless of any lists or rankings, he said, the rivers have serious issues that need to be addressed.

"My intention was not to mislead anyone," Richardson said. "Between the numerous articles that point to the troubles on the Neuse and Cape fear basin ... and then you throw in GenX, it’s clear we’ve got a huge issue that we’re not dealing with."

Nonetheless, American Rivers told PolitiFact that their "most endangered" list shouldn’t be viewed as a "most polluted" list. In fact, the first page of the report says: "This report is not a list of the nation’s 'worst' or most polluted rivers, but rather it highlights rivers confronted by critical decisions that will determine their future."

"The big difference between ’most polluted’ and ‘most endangered’ is that when we list a river as ‘most endangered’ it is because there is a decision that is coming up that depending on how that decision is made will have a major impact on the river," said Peter Raabe, the group’s conservation director for rivers of Southern Appalachia and the Carolinas.

In this case, American Rivers is calling on state lawmakers to restore funding to a program that helps farmers move hog waste lagoons out of the floodplain. Hog waste lagoons are outdoor basins where farmers store hog waste.

The group’s "most endangered" report doesn’t mention GenX, but is very concerned about hog waste getting into the rivers.

The Neuse and Cape Fear River basins "have endured two 500-year floods from hurricanes in less than 20 years, during which dozens of animal waste lagoons within the 100-year floodplain were flooded or breached, discharging millions of gallons of raw animal waste directly into the rivers," the report says.

The North Carolina Pork Council, for its part, told The Washington Post in October that reports of spills were exaggerated and that there’d been zero waste pits breached and just 11 flooded.

Raabe, among other environmental experts PolitiFact spoke with, said it’s difficult to determine which rivers are the "most polluted" because there are different types of pollution that are all similarly bad.

"There are so many things that ‘pollute’ our rivers — GenX, 1,4-Dioxane, untreated sewer water, heavy metals, algal growth, bacteria, wastewater from failing septic, too much water, too little water, spills from oil pipelines, spills from trucks on highways, etc.," Raabe said. "The Neuse and the Cape Fear Rivers have a lot of issues that need to be addressed but so do all the streams that have been impacted by human activity."

Should residents be worried? City and county water treatment plants do a great job of testing for and eradicating many pollutants from the water, he said.

"The problem is, that water is only treated for pollutants we know about. Chemicals like GenX and many other contaminants of emerging concern are not tested for," Raabe said.

So American Rivers doesn’t have a "most polluted" list. PolitiFact wondered if the federal government tracks which rivers are the most polluted.

Turns out, the U.S. Environmental Protection Agency (the federal government body that aims to protect human health and the environment) "does not rank waterbodies and we don't keep a list of the most polluted rivers," spokeswoman Enesta Jones said.

Experts at other environmental groups that PolitiFact spoke with – including the Upper Neuse Riverkeeper, Environment America and the EPA – echoed Raabe in saying it’s difficult to determine which rivers are most polluted.

Every two years, state governments are required to tell the EPA which of their local rivers are impaired. Davina Marraccini, an EPA public affairs specialist, warned the public against comparing reports.

"Note that because of differences in state assessment methods, the information on the website should not be used to compare water quality conditions between states or to determine water quality trends," Marraccini wrote in an email.

Through Google searches, PolitiFact couldn’t find a comprehensive, definitive list by a reputable organization that describes a North Carolina river as one of the "top five most polluted."

Richardson said that N.C. is home to two of the "top five" most-polluted rivers in the state. His assistant acknowledged that he might've misquoted the American Rivers "most endangered" list – but PolitiFact looked around to see if other data might support his claim. There’s evidence that the Neuse River and Cape Fear River, in particular, are threatened not only by waste from local farms but by a chemical that state regulators want to investigate. However, PolitiFact found no basis for Richardson’s claim that North Carolina rivers rank among the top five most polluted in the United States. We rate this claim false.

PolitiFact Rating:
False
speech on the House floor
NC is home to two of the "top five most polluted rivers" in the U.S.
Billy Richardson
N.C. state Rep. 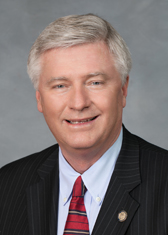 The "America's Most Endangered Rivers" report by the American Rivers organization.

The "Wasting our waterways" report by Environment America.