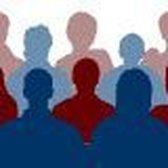 The Ending Spending Action Fund describes itself as “an independent organization that proudly supports candidates regardless of party affiliation who favor enhancing free enterprise, reducing the size of government, and balancing our nation's budget.” It was founded in 2010 under another name by Joe Ricketts, a businessman who founded TD Ameritrade and whose family owns the Chicago Cubs baseball club, according to Open Secrets, a website that tracks money in politics. Ricketts has said he is a registered independent.