One of the more outlandish posts claimed the queen died by violence in the United States. 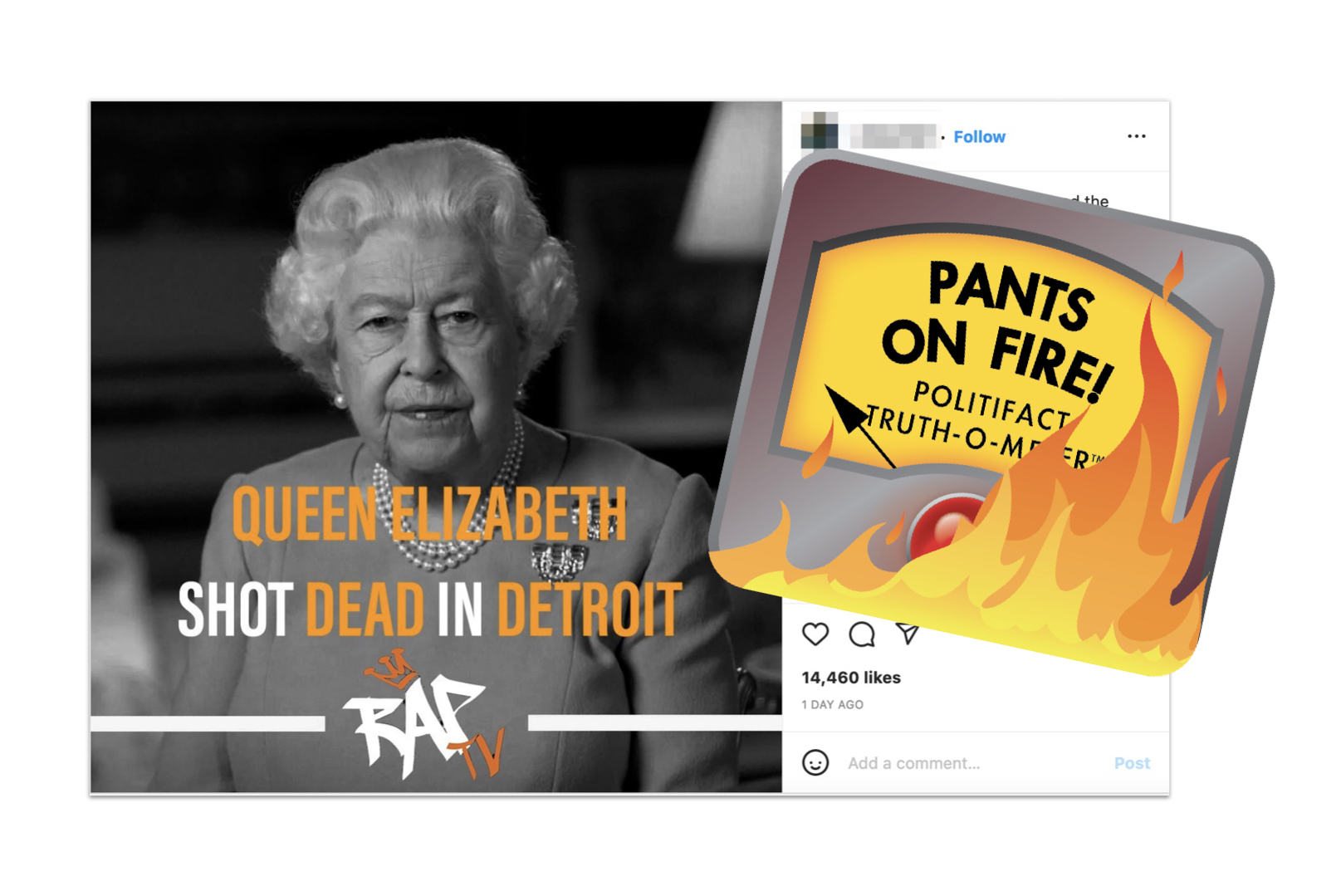 Rap TV is a hip-hop-focused news outlet that has for years been the target of memes that parody its social media posts and reporting style.

It is unclear whether this particular image was shared as a joke — perhaps as one of many memes of the queen — but the claim is inaccurate.

Viral image
stated on October 31, 2022 in an Instagram post
David DePape “stripped down to his underwear, grabbed a hammer, and jogged all the way to Nancy Pelosi’s house.”

The royal family’s official account announced Sept. 8 that Elizabeth had "died peacefully at Balmoral" that afternoon. Just hours earlier, officials for the royal family had said that the queen was under medical supervision at Balmoral Castle, the monarch’s summer home in Scotland.

The Queen died peacefully at Balmoral this afternoon.

The King and The Queen Consort will remain at Balmoral this evening and will return to London tomorrow. pic.twitter.com/VfxpXro22W

During a 1959 trip to Canada and the United States the queen explored the Detroit River, some of the Great Lakes and passed under the Mackinac Bridge on the royal yacht Britannia.

The State Department has no record of Elizabeth visiting the U.S. since a state visit to commemorate the English settlement in Jamestown, Virginia, on its 400th anniversary in 2007.

Misinformation about the British royal family and the queen has spread online for years, and this claim about the queen’s death is no different.

An image shared on Instagram claimed that Queen Elizabeth II was "shot dead in Detroit."

She died peacefully in Scotland on Sept. 8, according to officials from the royal family. There’s no evidence that the queen has been anywhere near Detroit in years.

Wired, "Queen Elizabeth II has died. Here’s how the internet will remember her," Sept. 8, 2022