Kanye West
stated on December 1, 2022 in an interview:
Hitler “didn’t kill 6 million Jews” and “the Holocaust is not what happened.”

An April 23, 2017, photo shows the gate to the Sachsenhausen Nazi death camp with the phrase "Arbeit macht frei" (work sets you free) in Oranienburg, Germany. (AP)

The joint interview with white nationalist leader Nick Fuentes spanned nearly three hours. Ye repeated his love for Hitler and the Nazi Party multiple times, even debating Jones on the issue when the host tried to separate Ye from antisemitic beliefs.

One particular claim caught the attention of many, when Ye denied a central fact about the Holocaust.

"Hitler had a really good outfit and was a good architect, and he didn’t kill 6 million Jews," Ye said. He also added later that "the Holocaust is not what happened."

Those claims are egregiously false. Hitler was the Nazi Party’s leader, and there is overwhelming evidence as well as physical remnants proving that the Nazis murdered millions of people in the Holocaust. Six million of the victims were Jews.

Facebook posts
stated on January 18, 2023 in a post
Black Americans are not descended from people who were taken from Africa to be enslaved.

Other victims, who also numbered in the millions, also were deemed inferior by the Nazis.

The Holocaust is the best documented case of genocide, according to the United States Holocaust Memorial Museum. Nazi officers kept records of victims and maps of where Jewish executions occurred. And scholars, government agencies and Jewish organizations have used census reports, captured German and Axis archives and postwar investigations to accurately estimate the human losses, according to the museum.

Dwight D. Eisenhower — who then served as supreme allied commander of the Allied Expeditionary Force before later becoming U.S. president — ordered that the carnage he and other troops witnessed at one of the liberated concentration camps be documented. Film footage from their April 1945 tour of Ohrdruf in Germany is still available today, among other publicly shared photographs and footage.

Physical evidence from the genocide is also displayed at numerous Holocaust museums, including the train cars that were used to take people to concentration camps and the clothing and shoes of the people who were killed. 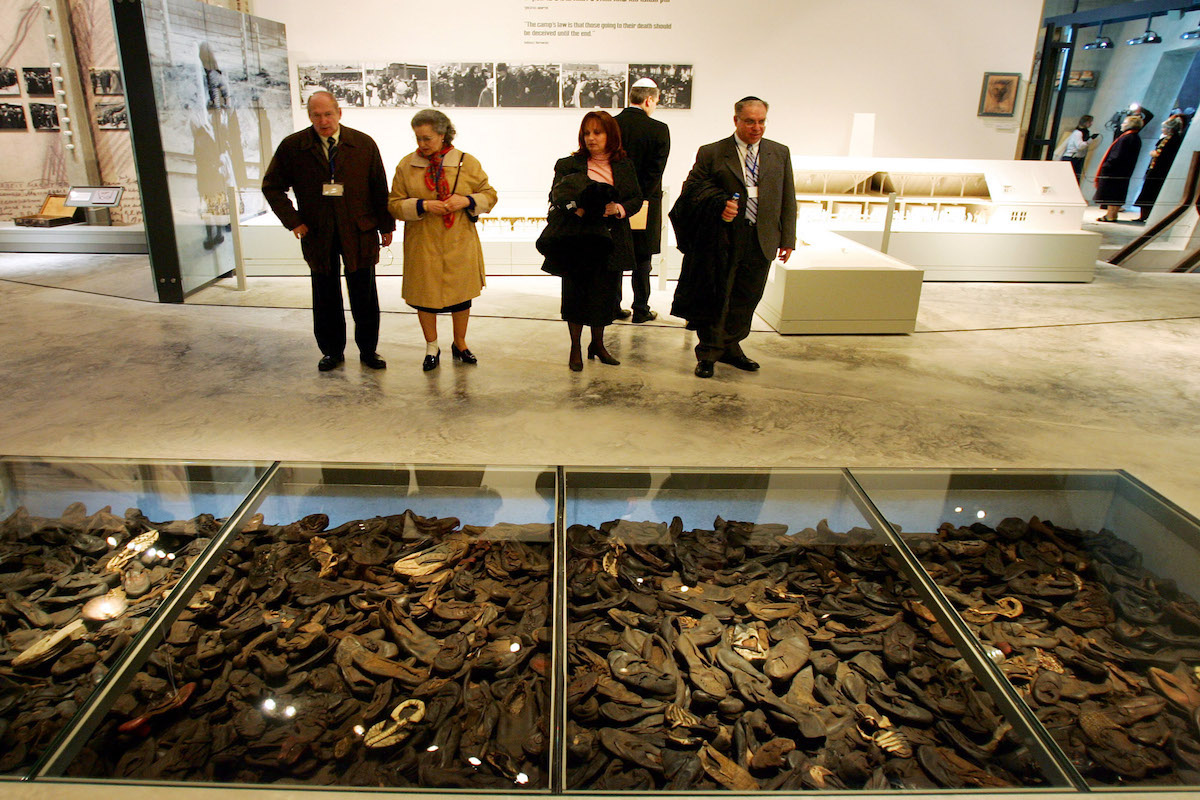 Visitors look at the shoes of Jewish people who were killed by the Nazis on March 15, 2005, at the Yad Vashem Holocaust Memorial​ museum in Jerusalem. (AP)

We rate Ye’s claims about Hitler and the Holocaust Pants on Fire!

United Nations, Forgotten victims: The Nazi genocide of the Roma and the Sinti, August 2020

The Weiner Holocaust Library, The persecution of Black people in the Nazi camp system, accessed Dec. 5, 2022

Time magazine, Why it took decades for LGBTQ stories to be included in Holocaust history, April 7, 2021

Facebook posts
stated on January 18, 2023 a post:
Black Americans are not descended from people who were taken from Africa to be enslaved.

Instagram posts
stated on January 10, 2023 a video:
Joan Rivers was killed for revealing that Barack Obama is gay and Michelle Obama is transgender.

Instagram posts
stated on January 8, 2023 a post:
“Lula's staff infiltrated and caused damage while the Brazilian Patriots cleaned up.”

Facebook posts
stated on January 4, 2023 a post:
Tee Higgins "isn't even leaving the hospital till he knows (Damar) Hamlin is OK."

Facebook posts
stated on December 9, 2022 a reel:
The Federal Reserve “has suspended the availability of new currency.”

Instagram posts
stated on November 28, 2022 a post:
The 2021 infrastructure bill requires all new vehicles to have kill switches that will stop vehicle operation and alert law enforcement when drivers are impaired.

Kanye West
stated on December 1, 2022 an interview:
Hitler “didn’t kill 6 million Jews” and “the Holocaust is not what happened.”

Instagram posts
stated on November 17, 2022 a post:
Video is evidence of a recent increase in robberies in Spain by “migrants from the Middle East and Africa.”