Robin Hayes
stated on January 10, 2018 in Press release:
"A ‘gerrymander’ is by definition and common understanding, a strange looking ‘monster’ drawing. This map is clearly not that."

Robin Hayes, chairman of the N.C. Republican Party, defended GOP-drawn U.S. Congressional maps on Jan. 10 after a panel of federal judges on Jan. 9 ruled them to be unconstitutional partisan gerrymanders.

A panel of judges on Tuesday struck down North Carolina’s election districts for U.S. Congress, and the state’s Republican leaders aren’t happy.

The panel was unanimous in ruling that North Carolina lawmakers under Republican leadership violated the U.S. Constitution’s equal-protection clause when they drew maps explicitly to favor their party. It was the first time federal judges have struck down congressional districts as partisan gerrymanders.

North Carolina has been at the center of election map battles since 2011, when some sued the state for what they called unfair congressional and legislative maps.

The decision drew swift rebukes from Republican lawmakers and organizational leaders. Some said they’ll appeal and some questioned a judge’s impartiality.

Robin Hayes, chairman of the N.C. GOP, issued a statement suggesting that the judges’ understanding of gerrymandering is warped. Hayes focused on geographic shapes, noting that the ill-fated maps kept 87 of North Carolina's 100 counties whole and divided only 12 precincts.

"A ‘gerrymander’ is by definition and common understanding, a strange looking ‘monster’ drawing. This map is clearly not that," Hayes said in a Jan. 10 statement. "Judge Wynn is not being a judge, he is acting as a pundit by trying to impose his liberal beliefs instead of making a judicial ruling."

The origin of the term

The term "gerrymandering" comes from the 1800s, when a critic of newly-drawn election maps compared one of the districts to a salamander. And Dallas Woodhouse, executive director of the N.C. GOP, referenced the term’s origins when he emailed PolitiFact to explain Hayes’ claim.

"It is important to note that this definition accompanied an ‘eye’ test," Woodhouse said. "In other words the meaning of the word came WITH a illustration that showed a bizarre looking districts, something many people would object to just based on how they look."

Hayes and Woodhouse share the view of state Senate leader Phil Berger, who falsely claimed last year that North Carolina has the "strictest anti-gerrymandering standards in the country." Berger’s argument, like the N.C. GOP’s, was based on the idea that compact districts that keep counties intact are therefore fair.

"The history of using gerrymandering to partisan advantage goes all the way back to the original use of the term for tilting state senate districts in Massachusetts," said Moon Duchin, associate professor of mathematics and Senior Fellow at Tisch College of Civic Life at Tufts University.

"These days, with incredibly rich data available to the line-drawers, very skewed districts no longer have to look like exotic reptiles with fangs and claws," Duchin said in an email. "The current map in North Carolina is a great example – it is an extreme outlier, more favorable to Republicans than 99.5% of maps produced by a neutral process."

There are three main types of gerrymandering, as explained by Vox:

There’s racial gerrymandering, when mapmakers draw districts that dilute the influence of a particular race or community.

There’s even bipartisan gerrymandering, when mapmakers draw districts that protect incumbents in both parties.

"The North Carolina court adopted the same definition of partisan gerrymandering as the Supreme Court: a district plan that aims to benefit a particular party and in fact does so severely, durably, and unjustifiably," said Nicholas Stephanopoulos, a law professor from the University of Chicago.

"That North Carolina's districts are not as ugly as in previous years is neither here nor there. You can obviously have nicer-looking districts that still intentionally and dramatically favor one side over the other," Stephanopoulos said.

Check out this explanation by the Washington Post, which includes a helpful graphic, for a visual representation of Stephanopoulos’ argument.

Stephanopoulos and Eric McGhee, a public policy fellow at University of California-Berkeley, created a new measure known as the "efficiency gap" -- the difference between the two parties' wasted votes, divided by the total votes cast -- which is a focal point in the partisan gerrymandering case from Wisconsin that was argued at the U.S. Supreme Court in October. (Wasted votes are when voters are shifted into districts where their votes won’t matter, either because their party’s candidate can’t win or is already sure to win.)

McGhee said the courts haven’t cemented district shapes as a requirement of gerrymandering.

"I’m not a lawyer, so I can’t give a legal opinion," McGhee said in an email. "But the question of whether a gerrymander requires funny-shaped ("non-compact") districts is not a matter of settled law or definition."

He said defenders of the Wisconsin assembly and NC congressional maps have argued that non-compactness is required.

"But the lower courts have not been sympathetic so far. [It] remains to be seen what SCOTUS will say," McGhee said, referring to the U.S. Supreme Court.

Duchin noted that there are three high-profile cases where courts plan to explore methods for measuring partisan gerrymandering.

"None of them emphasizes district shapes," he said.

As for the shapes of NC’s congressional districts and whether they resemble monsters, some Washington Post reporters say they see not only ghastly images – but also at least one squirrel, dog and Sherlock Holmes, among other things.

NC GOP says their districts can't be gerrymanders because gerrymanders are "strange looking monster drawings" and "this map is not that." NC-2 literally looks like a monster eating Raleigh. https://t.co/VGmppXW7NI pic.twitter.com/1TMcspA6s9

Hayes said a gerrymander is "by definition and common understanding, a strange looking ‘monster’ drawing," insinuating that North Carolina’s Republican-drawn maps can’t be gerrymanders if the districts have smooth edges and look nice. While he’s right that weird shapes can be indicators of gerrymanders, shapes are not the lone determining factor. And there’s more than just one definition of gerrymandering. We rate his claim Mostly False. 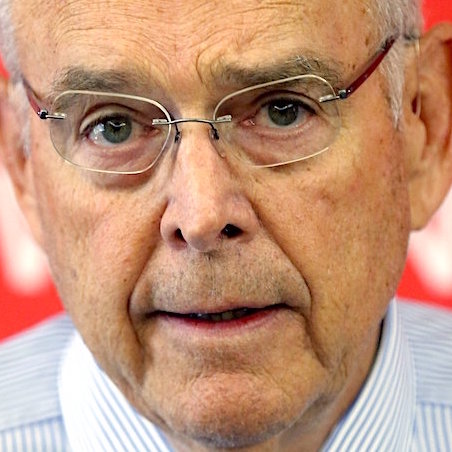 Story by the Washington Post, "This is the best explanation of gerrymandering you will ever see," published March 1, 2015.

Email correspondence with Nicholas Stephanopoulos, a law professor from the University of Chicago.

Email correspondence with Eric McGhee, a public policy fellow at University of California-Berkeley.