Bernie Sanders
stated on April 19, 2018 in a speech at Duke University:
"We’ve spent more money on the military than the next 12 nations combined."

A "moral economy" means spending more on things like health care and education and less on the military, according to Sen. Bernie Sanders.

Sanders, a Vermont independent and Democratic presidential candidate in 2016, shared a stage with the Rev. William Barber II at Duke University in Durham on April 19 to talk about systemic inequality during their event to honor Martin Luther King Jr.

To drive home his point about U.S. defense spending, Sanders said, "We’ve spent more money on the military than the next 12 nations combined."

"That," Sanders added, "you will never hear in the media."

Be careful what you ask for, Senator.

PolitiFact has checked claims about military spending before. And if Sanders’ claim sounds familiar, that may be because President Barack Obama made a similar claim during his 2016 State of the Union address.

"We spend more on our military than the next eight nations combined," Obama said.

It’s been two years since we rated Obama’s claim Mostly True on our Truth-O-Meter. 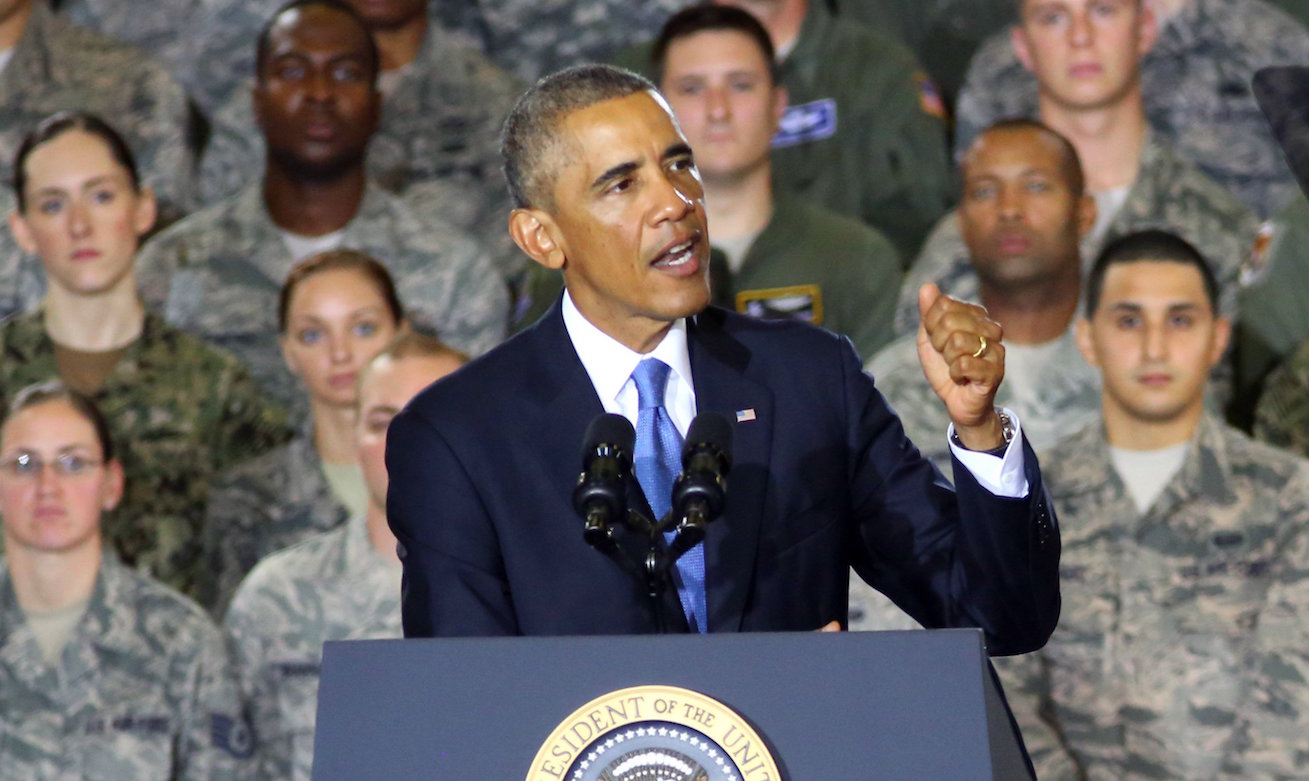 At the time, PolitiFact relied on the Stockholm International Peace Research Institute (SIPRI), a think tank, for information to rate Obama’s claim. By that group’s calculation, the United States in 2014 — the most recent year available at the time — spent more than the next seven countries combined.

Updated SIPRI numbers show that the United States spent $611 billion in 2016, more than eight other countries combined — but not 12. The institute hasn’t released numbers for 2017.

So does that mean Sanders is exaggerating?

Sanders’ office, upon being contacted by PolitiFact, cited as his source a 2016 report by the London-based International Institute for Strategic Studies.

The 2016 report shows that the United States spent about $604.5 billion on its military, which indeed is higher than the next 12 countries combined. China, Russia, Saudi Arabia, the United Kingdom, India, Japan, France, Germany, South Korea, Australia, Brazil and Italy spent a combined $601 billion in 2016.

The change in ratio has more to do with foreign countries than it does with the U.S. military budget. While U.S. spending dipped slightly, Saudi Arabia boosted spending by nearly $20 billion. China and Brazil increased spending by about $5 billion apiece.

Sanders said the U.S. government has spent "more money on the military than the next 12 nations combined."

He cited a 2016 chart that supported his claim, but it has been updated recently to a new pecking order of military spending. Still, Sanders’ claim is in the ballpark. We rate it Mostly True.

Electronic communication with Bryan Anderson, correspondent for The News & Observer.

Video, "The Enduring Challenge of a Moral Economy," published to YouTube by Duke Chapel on April 19, 2018.

Story by The Duke Chronicle, "'When we stand together, we can do incredible things for the world': Sanders, William Barber II visit Duke," published April 20, 2018.

Fact check by PolitiFact, "Obama: US spends more on military than next 8 nations combined," published Jan. 13, 2016.