Bill Maher
stated on April 17, 2015 in his monologue on "Real Time":
"More astronauts have been to the moon than farmers who paid the inheritance tax in 2013."

Liberal comedian Bill Maher made an out-of-this-world comparison to poke a hole in the Republican argument that the estate tax threatens the livelihoods of "family farmers."

"More astronauts have been to the moon than farmers who paid the inheritance tax in 2013."

There obviously is no relation between the number of farmers paying the estate tax and the number of Americans who went to the moon, but as a point of trivia, Maher’s claim is an intriguing one. A reader asked us to "do the magic that you do," which is determining whether Maher’s point is accurate.

One small step for fact-checkers ...

Caveat No 1: Maher is using the number of astronauts who have been to the vicinity of the moon, not just the number of moonwalkers.

Twelve Americans have walked the moon’s surface over six Apollo missions, starting with Neil Armstrong and Buzz Aldrin planting an American flag in 1969. (If you’re not sure about whether the lunar landing really happened, you won’t like this fact-check, but you may enjoy these bona fide moon misconceptions.)

Add another 12 American astronauts who orbited the moon but did not walk on it, and you get  24.

NASA chief historian William Barry said the 24 Americans is a solid figure in that it doesn’t double count Americans who made more than one lunar trip. "There were several astronauts who flew to the Moon and orbited it on one mission and then were lucky enough to go back and land on it on a later mission," Barry said.

Jim Lovell, for instance, made two trips to the moon in Apollo 8 and Apollo 13, but he never walked on it. (In this Smithsonian picture, Lovell and his crew emerge from the U.S.S. Iwo Jima after landing the spacecraft Apollo 13 in the South Pacific.) 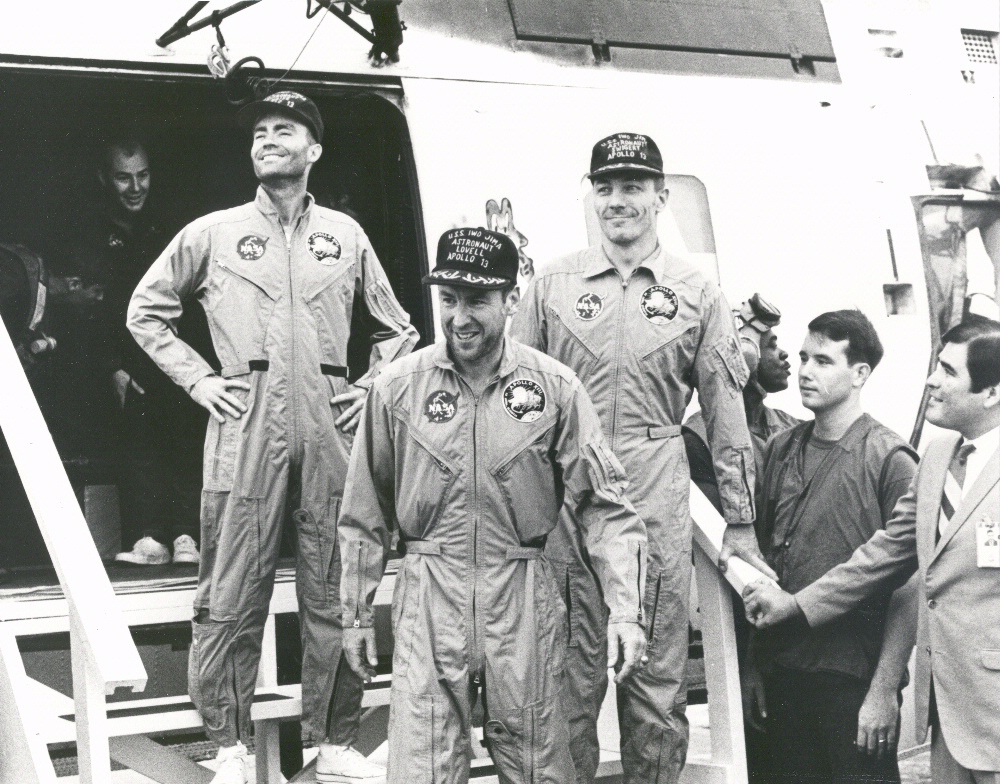 … One giant leap for the truth

What Maher calls the "inheritance tax" and what Republicans call the "death tax" is more accurately described as the estate tax. Some wealthy families face this tax when they pass on assets (cash, land, homes, stocks, etc.) to heirs after death.

Most estates do not owe estate taxes. It affects about 5,500 Americans whose estates exceed the exemption limit of $5.43 million per person. If the estate is worth more than that, an heir could pay a tax rate up to 40 percent on the value of the estate above that limit.

Even though it doesn’t affect all that many people, it brings in big bucks for the government. Repealing it would cost about $270 billion over the next decade, according to the congressional Joint Committee on Taxation.

In the week ahead of Maher’s April 17 show, House Republicans approved a plan to eliminate the estate tax, saying it "can prove devastating to families — forcing them to sell land, lay off workers, and even shut down entirely."

The number comes from an estimate by the Tax Policy Center, a joint venture of the Urban Institute and Brookings Institution.

Tax Policy Center economists wanted to get an idea of how the tax would affect estates, including those with farm and business assets, in 2013. All of their numbers are estimates based on the center’s estate tax model.

"It’s a definition that hones in on small farms and business — the most relevant in responding to the myth that many small farms and small businesses must be liquidated to pay estate tax," said Brandon DeBot, a research assistant at the federal fiscal policy division of the liberal Center on Budget and Policy Priorities.

Caveat No. 2: The number of farms and businesses is probably not exactly 20, as it is an estimate rounded to the nearest multiple of 10. That means the number is anywhere from 16-24.

Caveat No. 3: Maher talked about "family farmers," addressing the Republican argument about the plight of farmers who could lose their livelihood because of the estate tax. But family farms can be big farms, and that’s where things get more complicated.

Maher set up his comparison by discussing the plight of family farmers, but then later dropped the word "family." That one word is important.

Alan D. Viard, a resident scholar at the conservative American Enterprise Institute who studies federal tax and budget policy, says the the estate tax has a lot of flaws, but the effect on farmers is "just not the right grounds to criticize this tax." Maher’s point was strong, he said.

In 2001, House Republicans voted to repeal the "death tax." New York Times reporter David Cay Johnston scoured 1999 IRS filings, phoned the American Farm Bureau Federation, and interviewed farmers in effort to find examples of working farmers who lost their farms because of estate taxes. He found none, writing that the reality of who is bitten by the estate tax "is different from the mythology," as "the overwhelming majority of beneficiaries are the heirs of people who made their fortunes through their businesses and investments in securities and real estate."

"It is a small number, bottom line," Williams said. "They’re going to be the exception rather than the rule."

Maher compared 24 American astronauts who "have been to the moon" to 20 farmers whom he said were the only ones to pay the estate tax.

His count for astronauts who "have been to the moon" is reasonable, counting both American moonwalkers and those who have flown in its orbit during various Apollo missions.

The larger point about only 20 farmers paying the estate tax is a little more complicated. A 2013 nonpartisan study found 20 small farms and small businesses faced the estate tax in 2013.

Maher referred to "family farms" in setting up his claim. Saying small farms would have been better. And he dropped "family" in later references.

Experts said Maher generally could have been more careful in his wording, but that his bit of trivia largely checks out, as does his point that the estate tax affects very few small farmers. We rate his claim Mostly True.

Center on Budget and Policy Priorities, "Ten facts you should know about the federal estate tax," March 23, 2015