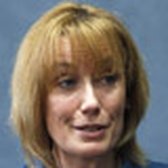 In 2004, Hassan was first elected to the New Hampshire Senate.  During her six years in office, she was selected to serve as both President Pro Tempore and Majority Leader of the State Senate. She lost her bid for reelection in 2010, as did many other New Hampshire Democrats when Republican took back control of both the House of Representatives and Senate. Hassan earned her B.A. from Brown University and a J.D. from the Northeastern School of Law. She lives in Exeter with her husband Tom, the principal of Phillips Exeter Academy, and has two adult children.