A group of mayors from across Texas joined the Texas Municipal League in criticizing a handful of bills before the Legislature that they say are harmful to cities and would limit what actions they could take on local issues like property restrictions.

"Seventy-four percent of the population lives in Texas’ cities," he said. "The surface area of Texas cities is only 4%. So you’ve got 74% of the folks in Texas crammed into 4% of the land. Having reasonable restrictions on what you can do with your property is something that cities have done for thousands of years."

Is Sandlin correct? Do the vast majority of Texans live in cities, which make up a small percentage of the state’s total area?

Sandlin did the math

"We’ve found over the years that the census is not always completely sensitive to what it means to be an incorporated Texas city, and they sometimes include non-city metropolitan regions or districts," Sandlin said in an email.

The cities in his calculation include all incorporated areas in Texas, from Houston, with more than 2.3 million people, to Toco in North Texas, with an estimated 75 residents.

Sandlin said he has not completed a new calculation since 2015, but it’s unlikely things have changed.

Instagram posts
stated on November 8, 2022 in a post
Glitches with voting in Arizona, New Jersey and Texas are proof the election is rigged.

"There’s been a handful of new very small cities formed and maybe some annexation and dis-annexation, but I doubt it has changed the percentage in any appreciable way," he said.

What do the numbers say?

Population estimates from the census for 2017 show that the state’s population was about 28.3 million. Of those, about 20.8 million people lived in incorporated areas — or 73.63% of Texans.

PolitiFact Rating:
True
Says 74% of people in Texas are "crammed into 4% of the land."
Bennett Sandlin
Executive Director of the Texas Municipal League 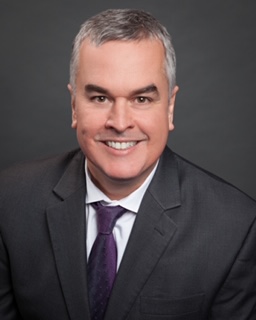 Michael Burgess
stated on September 19, 2020 a tweet:
“In the last 10 years less than half of adults in the U.S. received a flu shot.”

Greg Abbott
stated on August 18, 2020 a press conference:
Says crime is on the rise in Austin and a new study showed that it “is the No. 1 city in America in the year-to-year percentage increase in murders, with a percentage increase of more than 64% for the first half of this year.”

George P. Bush
stated on August 13, 2020 a tweet:
Says a video shared to his social media shows vehicles with broken windows in a parking garage used by state agencies in Texas on “the same night the City of Austin voted to cut $150 million” from the police department.”

Gene Wu
stated on August 7, 2020 an interview:
Says in Texas the “average age of the Republican voter is like 20 years older than the average Democrat.”

M.J. Hegar
stated on July 22, 2020 a speech:
Says 1 in 5 Texans did not have health insurance coverage before the pandemic, and now “nearly 1 in 3 Texans under the age of 65 don’t have access to health care insurance.”

John Cornyn
stated on July 9, 2020 an interview:
Says “no one under the age of 20 has died of the coronavirus. We still don’t know whether children can get it and transmit it to others.”

Dan Patrick
stated on May 24, 2020 an interview:
Says a new law adopted in Texas means property tax bills “are no longer really dependent on your values, it is on (local government) revenue growth.”

Tweets
stated on May 31, 2020 a tweet:
Says police officers in Austin, Texas, have been “authorized to use LIVE ROUNDS, and lethal force” against protesters.

Chip Roy
stated on May 6, 2020 an interview:
Says Wisconsin has not had a spike in coronavirus cases that was “statistically significant related to the fact that they had voting.”

Greg Abbott
stated on May 3, 2020 a tweet:
“Texas ranks 3rd highest among states for the number of people who have recovered from” the coronavirus.

Veronica Escobar
stated on April 22, 2020 an interview:
Says Texas “either is near the bottom or at the very bottom when it comes to testing per capita.”

Louie Gohmert
stated on April 7, 2020 an interview:
Says a powder has been developed that, when mixed with water, “is being used in Germany as a mist. Health care workers go through a misting tent going into the hospital and it kills the coronavirus completely dead not only right then, but any time in the next 14 days that the virus touches anything that’s been sprayed, it is killed.”

Dan Patrick
stated on March 31, 2020 a briefing:
Says for the coronavirus, “the death rate in Texas, per capita of 29 million people, we're one of the lowest in the country."

John Cornyn
stated on March 18, 2020 a press conference:
“China is to blame because the culture where people eat bats and snakes and dogs and things like that, these viruses are transmitted from the animal to the people and that's why China has been the source of a lot of these viruses like SARS, like MERS, the Swine Flu and now the coronavirus.”