The White House says the Congressional Budget Office shouldn’t be trusted to predict the impact of efforts to repeal and replace Obamacare.

Want evidence? White House Legislative Affairs Director Marc Short said recently that the CBO is counting millions of nonexistent people in its estimate of the number of Americans who stand to lose insurance coverage under the Senate’s proposed health care bill.

The CBO, in its June 26 report, estimated that health insurance coverage would go down by 22 million by 2026 if the Senate’s Better Care Reconciliation Act of 2017 becomes law.

Short, in an appearance on Fox News Sunday July 2, attacked the CBO’s credibility, saying that of that 22 million, 7 million actually "don’t exist."

"When the press reports that 22 million people are going to lose coverage, it's a ridiculous number," Short said.

"Seven million of those people are people that don't exist," he added soon after. "They’re people that is based upon a baseline that CBO put out in 2014, even though the actual number is way down here."

Short’s claim is a variation on a recent Republican talking point: The CBO report did not use its most recent baseline estimates when scoring the Senate health care bill. (The "baseline" is what CBO predicts will happen if current law remains unchanged.) So the 22-million drop in coverage is based on out-of-date data, Republicans say.

We found that he has a point. By picking one baseline over another, the CBO may have altered an estimate of the people who would no longer be covered by health insurance. But Short’s specific figure and his description are imperfect.

The CBO report about the Senate bill used baseline figures about health care coverage calculated in March 2016, even though it updated those figures in January 2017. (Short wrongly said the report was based on a 2014 baseline.)

What difference do those 10 months between March 2016 and January 2017 make? The CBO’s March 2016 baseline had significantly higher estimates for how many people will have insurance purchased through the Obamacare marketplaces than its 2017 calculation.

Short was specifically highlighting a 7 million difference in the projections for 2018. In its March 2016 baseline, CBO projected that under current law, 18 million people would have Obamacare marketplace insurance coverage in 2018. Under the updated January 2017 baseline, however, that figure for the same year dropped to 11 million.

It’s reasonable to say the differences between the 2016 and 2017 baseline estimates are significant enough that had the CBO used the newer baseline, its score of the Senate health care bill might have been different.

And — this is Short’s larger point — it’s plausible that had CBO used the newer baseline, it would have a lower estimate than 22 million for the total drop in coverage by 2026 because fewer people may have had insurance to start with, meaning the people who could potentially lose coverage would be smaller.

But it wouldn’t necessarily be 7 million fewer, as Short’s statement implied. It’s a mistake to equate projections for marketplace coverage under current law with the potential impact of the Senate health care bill on that enrollment, experts told us.

"Short is correct that the numbers might look more favorable for the bill if the CBO had used the most recent baseline available, but it isn't exactly an apples-to-apples comparison," said Timothy Callaghan, a health policy professor at Texas A&M University.

Experts also told us that Short’s claim is misleading because even if CBO used the newer baseline to score the Senate health bill, insurance coverage would still drop by many millions. It also ignores the fact that the majority of coverage loss under the Senate bill would be due to changes in Medicaid, the government health insurance program for poor Americans that Obamacare expanded.

"(CBO) did significantly overestimate how many people would sign up for the exchanges," said Benjamin Sommers, a health policy professor at Harvard University. "But that’s only one part of CBO's broader set of ACA projections. They were much more accurate about Medicaid enrollment and the total effect on the uninsured population."

We should note that the CBO report said the analysts decided to use the March 2016 baseline instead of the 2017 based on its consultations with the congressional budget committees.

"If Congressional Republicans really wanted CBO to use the January 2017 baseline, they could absolutely direct CBO to do that," said Matthew Fiedler, a fellow with the Center for Health Policy at the Brookings Institution and former chief economist on President Barack Obama’s Council on Economic Advisers.

It is plausible that CBO overestimated the drop in health care coverage under the Senate replacement for Obamacare because it based its estimates on data from 2016 rather than 2017.

But the thought process that led Short to say the projection was off by 7 million is an oversimplification. Until CBO redoes its analysis with the more recent data, we may not know how exactly its projections change.

We rate his statement Half True. 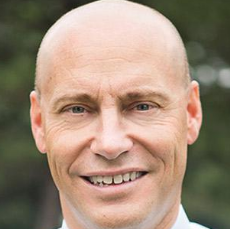