Greg Murphy
stated on April 10, 2017 in a speech:
"Every day, four North Carolinians die from a medication or drug overdose."

Two North Carolina paramedics show their naloxone, a substance that can reverse an opioid overdose.

The fight to limit the availability of prescription painkillers in North Carolina is being led in part by the only medical doctor in the N.C. General Assembly.

Rep. Greg Murphy, a Republican from Greenville who is also a urology surgeon, is the primary sponsor of what’s being called the STOP Act. That stands for "Strengthen Opioid Misuse Prevention."

In the past several weeks, he has promoted his bill with a sobering statistic.

"Every day, four North Carolinians die from a medication or drug overdose," Murphy said in early March, when he first introduced the bill. "I prescribe these medications daily and I see the problem first hand."

Murphy has often been quoted or paraphrased in the news repeating some version of that claim about the deadliness of drug overdoses, most recently on Monday when the bill passed the House of Representatives unanimously.

It’s a popular argument for a popular bill, which has support from lawmakers of both parties as well as a vocal ally in Democratic Attorney General Josh Stein.

In addition to other provisions, the bill would reduce the amount of pain pills a doctor could prescribe to most patients on their initial visits. The idea is that fewer pills will lead to fewer opportunities for abuse or addiction.

The STOP Act passed the N.C. House 114-0 and is now in the Senate. But we wondered whether the morbid statistic that’s driving much of the conversation is actually correct.

How deadly are prescription pills?

In 2015, according to the N.C. Department of Health and Human Services, 1,370 people died of unintentional poisonings. Of those deaths, 93 percent (1,274) were drug overdoses – everything from painkillers to cocaine to heroin.

That’s an average of 3.5 deaths daily, which is in line with Murphy’s claim of four a day.

Nearly the same number of people died in 2015 from unintentional drug overdoses as died from gunshots. If you also include intentional overdoses, then drugs were deadlier than both guns and car crashes.

A 2016 Robert Wood Johnson Foundation study found the counties with the highest rates of drug overdose deaths are all in western or southeastern North Carolina.

But even though Murphy phrased his claim broadly about all drug overdoses, his bill doesn’t target street drugs like cocaine and heroin. The STOP Act is only aimed at limiting the supply of prescription painkillers.

Prescription pills were involved in 738 unintentional overdose deaths in 2015. That’s two a day – certainly troubling, but only about half of Murphy’s claim. 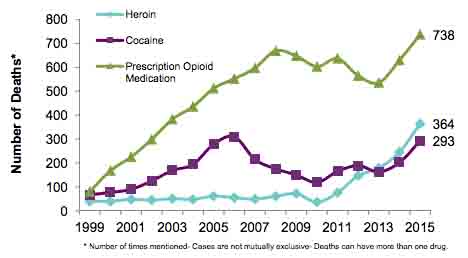 However, experts agree there’s a strong link between painkillers and heroin, since they give the same type of high, and heroin tends to be cheaper and more widely available to addicts.

"When we talk to people who are injecting heroin, they all got there through prescription opioids," said Steve Marshall, an epidemiologist and director of UNC-Chapel Hill’s Injury Prevention Research Center. "It's not some of them. It's all of them."

Marshall said it would be fair for Murphy to count heroin overdose deaths when promoting the STOP Act, if not cocaine overdose deaths. Cocaine, unlike heroin and painkillers, is not an opioid.

Just under 1,000 North Carolinians died from an unintentional opioid overdose in 2015 (see here for county-level data).

That’s an average of 2.7 per day – again, not exactly what Murphy said, but not far off.

Last year California medical company Castlight Health ranked four North Carolina cities among the top 25 nationwide for painkiller abuse. Wilmington, the company’s study said, had the country’s highest rate of opioid abuse. The report found more than half of the prescriptions issued for painkillers in Wilmington are being abused.

Kay Sanford, another UNC-Chapel Hill epidemiologist, is credited with discovering the rising trend of prescription pill addiction and overdoses in North Carolina in the early 2000s. She said many people have been replacing painkillers with heroin in the last few years.

Yet in Murphy’s favor, at least one piece of brand-new research has made the argument that cocaine should be included in these counts, too. In February researchers with several federal government agencies published a paper that argued cocaine overdoses can be linked back to the increased use of opioids like painkillers.

"Opioids, primarily heroin and synthetic opioids, have been driving the recent increase in cocaine-related overdose deaths," the study concluded.

Rep. Greg Murphy has been promoting his STOP Act, which would limit access to prescription painkillers, by saying that drug overdoses kill four people a day in North Carolina.

That’s basically accurate (it’s 3.5 per day) but prescription pills alone are only responsible for 2 deaths a day – half of what Murphy said. However, there’s wide agreement in the scientific community that for such counts it makes sense to lump heroin and painkillers together (which cause 2.7 deaths a day) and some research has argued for including cocaine deaths, too.

Even if his statistics are slightly inflated, Murphy’s general point – that opioid addiction is leading to multiple deaths per day in North Carolina – is correct. We rate this claim Mostly True. 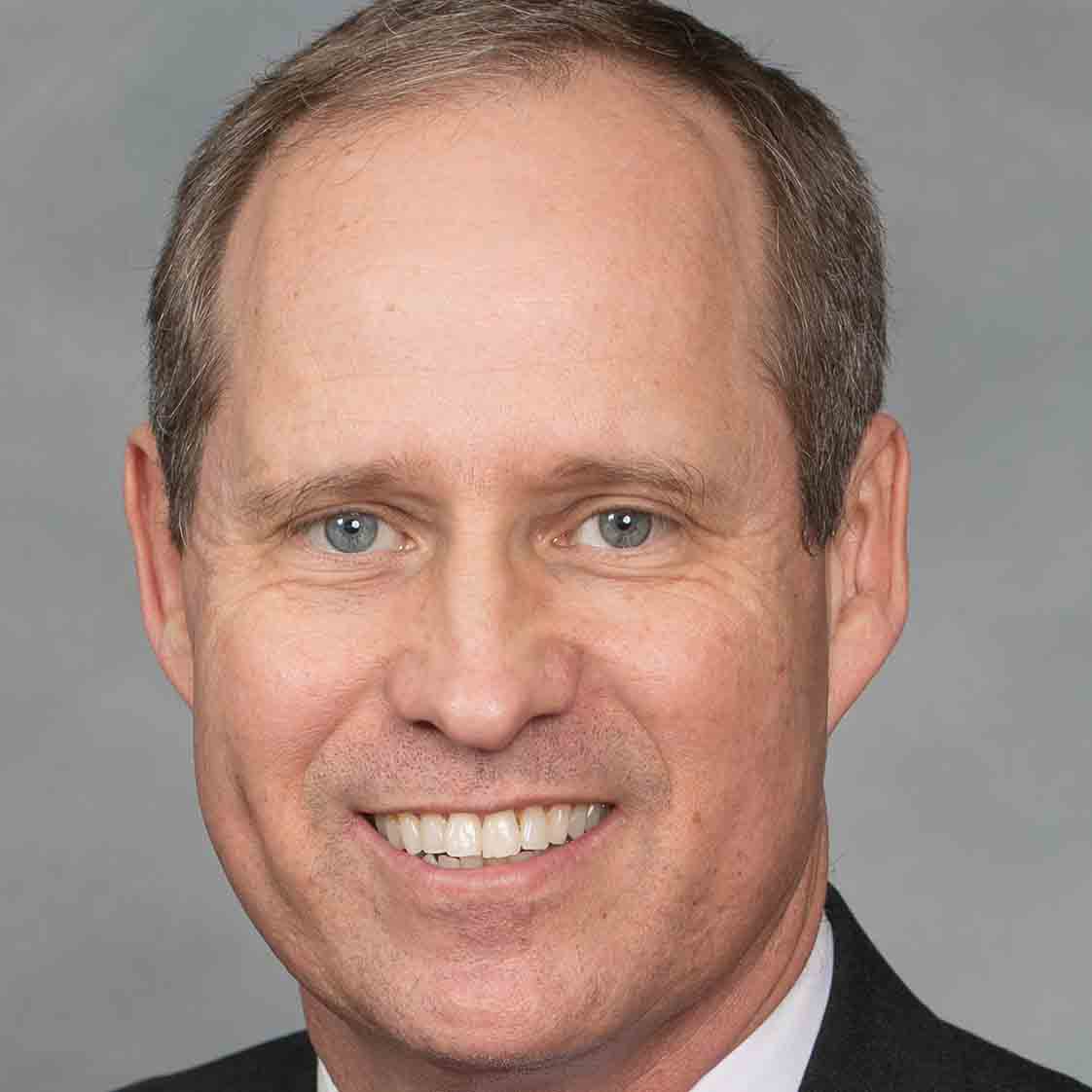 Centers for Disease Control and Prevention, birth and death statistics for North Carolina