Bloggers
stated on September 30, 2016 in an online article:
"Tens of thousands of fraudulent Clinton votes found in Ohio warehouse."

A story ringing alarm about election mischief in Ohio is the latest baseless conspiracy polluting the internet ahead of Nov. 8.

The story -- which can no longer be found on the site -- said the incident happened in Franklin County and was discovered by a Trump supporter. A photo showed the alleged man inside a warehouse beside 12 black bins, some marked "ballot box."

A month after the story first posted, readers asked if the story about massive fraud in a crucial swing-state could be true. Far from it.

"As a Christian myself, I take offense to reading such unbelievable lies from a publication alleging Christian ties," Husted wrote. "No one from this so-called news outlet bothered to call the Franklin County Board of Elections or the Ohio Secretary of State’s office to verify any facts. It was a deliberate attempt to deceive and mislead. We already get enough of that from the candidates. Enough already."

PolitiFact Ohio attempted to trace the origin of the photo that ran with the online story: 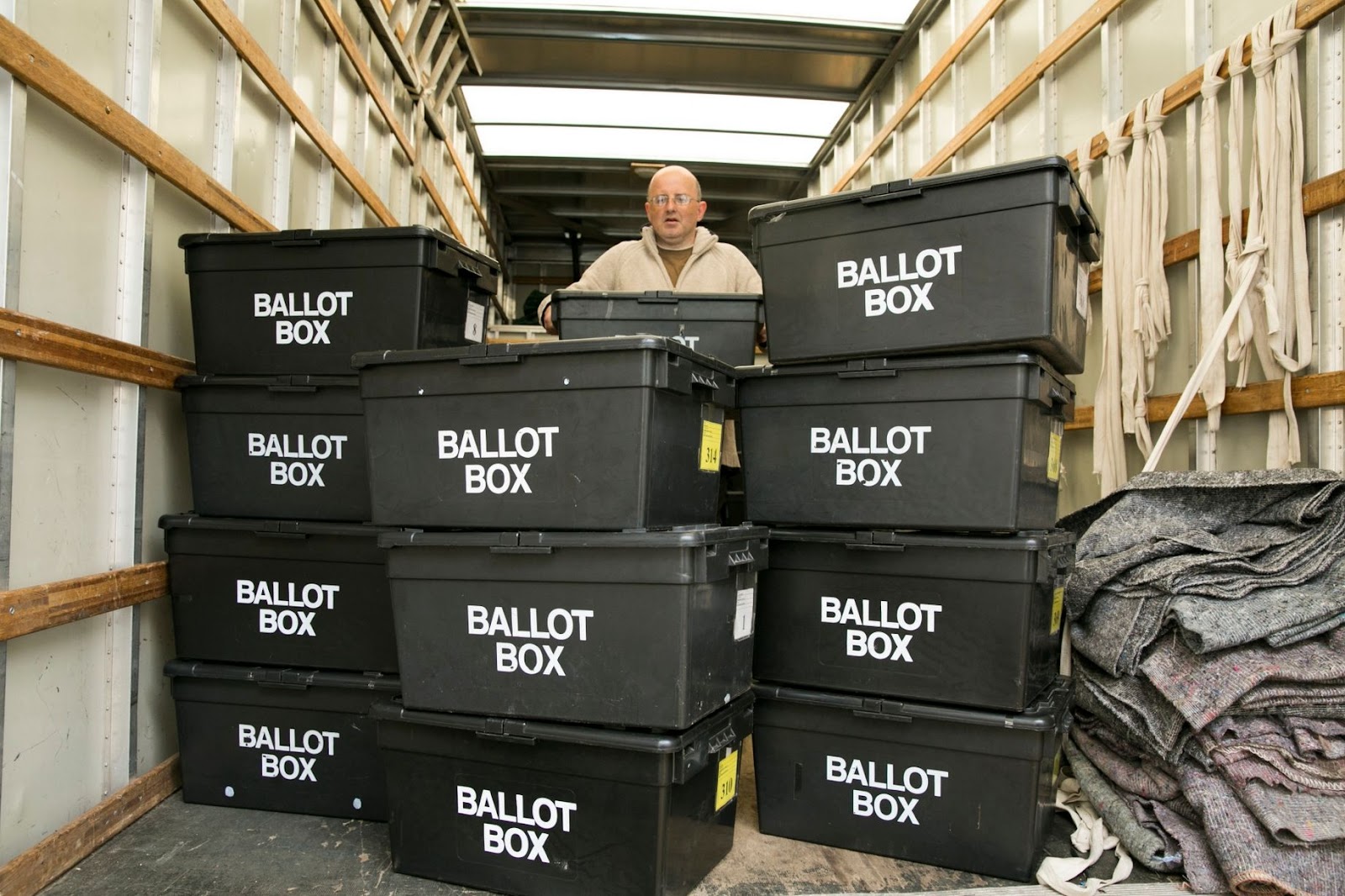 The urban legend busters at Snopes beat us to it, linking to what appears to be the original photo from the Birmingham Mail in England, published in 2015. It looks like the Christian Times Newsletter flipped the original image and scrubbed off some of the "Ballot Box" labels on the bins.

The Christian Times Newsletter identified the man in their photo as Columbus-area electrical worker Randall Prince, and said he discovered the ballots while "doing a routine check" of his company’s wiring and electrical systems. (We left a message for a person with that name but did not hear back by deadline.)

The article alleged that the plan was to slip the fake ballots in with real ones when delivered to official election judges on Nov. 8.

The Franklin County Board of Elections told the Cleveland Plain Dealer that each ballot box, if real, would be secured with a double lock that must be opened with an official from each political party.

The article alleging vote mishandling has popped up on various other websites. PolitiFact Ohio reached out via an online form to the Christian Times Newsletter but has not yet received a response.

The Christian Times Newsletter does not call itself a fake-news site. Subscribers are told "each and every email you receive from us will be intrinsically priceless."

The article claiming "tens of thousands of fraudulent Clinton votes found in Ohio warehouse" is fake.

State and local elections officials have criticized the website for running a made-up story, and the accompanying photo in the piece is a doctored version of a picture taken by a publication in the United Kingdom.