Social media users continue to be fooled by a fake news story touting a book allegedly written by a Secret Service agent claiming President Barack Obama is both Muslim and gay, but the entire claim should be cataloged under fiction.

"Secret Service Agent Says Obama Is Muslim & Gay In New Tell-All Book," the headline on a story from the site NewsExaminer.net reads. The post is dated only "six months ago," but there’s evidence the fake story goes back to 2015.

Social media users flagged the story as being potentially fake as part of the Facebook’s efforts to battle fake news. This one certainly qualifies.

The story says a former agent named Paul Horner had written the book, titled The Black House: A 12-year former Secret Service agent explains why Obama and the First Lady are ruining this country. 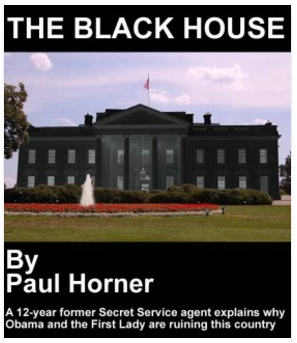 The book was "quickly climbing Amazon’s best-seller charts," according to the post. The article says that Horner confirmed the lascivious details of the book to an NBC senior political analyst named Tom Downey.

Everything about the story — the book, the author, the interview and certainly the details contained therein — is fake.

NewsExaminer.net describes itself as "the place to find what's shaping your world. We curate the most important and engaging news so you don't have to." The site is filled with fake news articles, but there’s no apparent disclaimer that the writing is supposed to be satirical.

The same story circulated on fake news site NBC.com.co on Oct. 2, 2015, and was resurrected at ABCNews.com.co on Nov. 16, 2016. Neither site is affiliated with the networks they attempt to represent. The stories cite the Associated Press as the source of a photo of the book used in the posts.

Paul Horner is an oft-used name in satirical and joke articles, but is also the name of "a serial hoaxer and lead writer for National Report," a fake news site, as described by the Washington Post.

There is no NBC analyst named Tom Downey, and there also is no such book on Amazon, although there are other books with similar titles.

The absurd nature of the allegations should be a tip-off that the story is fake, although many of the commenters do not seem to understand the content is fabricated.

This is a fake story that has been circulating for more than a year without any indication that it is bogus. We rate it Pants On Fire!

YourNewsWire.com
stated on November 5, 2017 an Internet post:
"Texas Church shooter was Antifa and wanted to start (a) ‘communist revolution.’ "

Sebastian Gorka
stated on November 1, 2017 an appearance on 'Hannity':
Says Jake Tapper said Allahu Akbar was a "beautiful phrase" after a terrorist attack in New York.

FreedomJunkshun.com
stated on October 28, 2017 a headline:
"Hillary Clinton leaves the country as Mueller indictment is announced."

Michael Moore
stated on October 4, 2017 a Facebook post:
"People who die from a home invasion make up a sad but minuscule .04% of all gun murders in the U.S. And over a third of them are killed by their own gun that the criminal has either stolen or wrestled from them."

AsAmericanAsApplePie.org
stated on October 16, 2017 a headline:
"Hillary (Clinton) caught on tape laughing about (Hurricane) Irma ‘wiping out all of those Florida hillbillies’."

AsAmericanAsApplePie.org
stated on October 8, 2017 a headline:
"Jason Aldean gig canceled after he sells out to liberals on ‘SNL’."