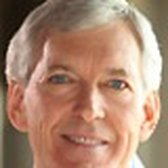 Tom Leppert, who unsuccessfully ran for the U.S. Senate in 2012, served as mayor of Dallas from June 2007 to early 2011. He previously worked in business, also serving as CEO of The Turner Corporation, the nation's largest general building company, according to the biographical material on his campaign website.