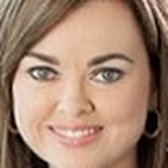 Susan Stimpson, a Republican from Stafford County, was the chairwoman of the Stafford County Board of Supervisors. She was a member of the board from 2010 to 2013. She ran for the Republican nomination for lieutenant governor in 2013. She has announced her candidacy in the House of Delegates seat in the 28th District, challenging Speaker Bill Howell in the 2015 primary election.