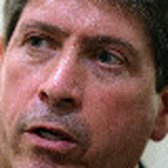 Stephen Martin, R-Chesterfield, represents the 11th District in the Virginia Senate. He joined the senate in 1994, after serving in the House of Delegates from 1988 to 1994. Martin is chairman of the Senate Education and Health Committee and also serves on the Local Government, General Laws and Technology, Privileges and Elections, Commerce and Labor, and Rules committees. In 2000, Martin unsuccessfully sought the Republican nomination for the 7th District congressional seat, losing a close primary to Eric Cantor. In 2013, he unsuccessfully sought the Republican nomination for lieutenant governor. Martin was born in Chesterfield County. He is the principal at Martin Financial Services.