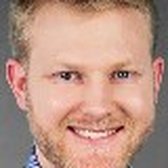 Ron Meyer Jr., a Republican, announced he would challenge Democratic Rep. Gerry Connolly for the 11th District seat in 2014. Afterwards, he decided to run for the Republican nomination for the 33rd state senate seat vacated by incoming attorney general Mark Herring. He was unsuccessful -- John Whitbeck won the GOP nod. Born in 1989, Meyer says his youth gives him valuable insight into the problems facing young Americans, including a lackluster employment outlook. Meyer graduated from Principia College, Elsah, Ill., where he majored in political science. He formerly worked as a spokesman for Young America's Foundation and American Majority Action, conservative organizations.