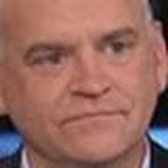 Ron Fournier is National Journal's senior political columnist and editorial director. Before he joined National Journal, he worked for the Associated Press, including as Washington bureau chief. His career started in Arkansas, where he covered the state legislature and gubernatorial tenure of Bill Clinton. He served as editor-in-chief of National Journal until he returned to full-time reporting in 2012.