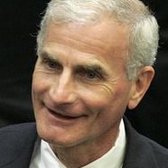 Mike Fasano has been in the Florida Legislature since 1994, serving in the state House until his 2002 election to the state Senate. An ally of former Gov. Charlie Crist, he stuck by the governor when he left the GOP to run as an independent for the U.S. Senate. This cost Fasano some good will among his fellow Republican lawmakers, and in 2010 he was given a less significant senate committee chairmanship. He is from Pasco County, and has been a strong advocate of regulation of prescription drug "pill mills.''