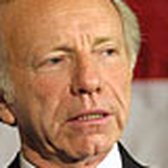 Joe Lieberman, a lawyer from Stamford, Conn., now in his fourth term in the U.S. Senate, is perhaps best known as the Democratic candidate for vice president in 2000. He lost the Democratic primary for Senate prior to the 2006 election but retained his seat after running on his own party line and beating the anti-war Democratic candidate Ned Lamont. He now calls himself an independent but continues to caucus with the Democrats. He is a friend and supporter of Sen. John McCain, and was one of his surrogates in the 2008 presidential race.