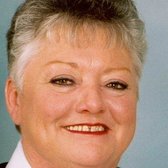 Becky Moeller, head of the 235,000-member Texas AFL-CIO labor federation since 2007, became the first female statewide elected official  in the group in 2003 by becoming its secretary-treasurer, according to biographical information posted by the group. She announced in 2014 plans to step down in July 2015. Before coming to the Texas AFL-CIO, Moeller was president of the Communications Workers of America Local 6137, the Corpus Christi local representing workers at SBC (now AT&T), the entry says.