Cecil Roberts
stated on September 4, 2019 in a speech:
"There are 1,600 new coal-fired power plants being constructed as I speak around the world."

The president of the United Mine Workers of America  -- a union representing coal miners, many of them in West Virginia -- sees a future for coal in electricity generation despite concern that coal’s carbon emissions could bring about climate change.

In a Sept. 4 speech at the National Press Club in Washington, the union’s president, Cecil E. Roberts, touted the number of coal-fired power plants being constructed internationally.

Roberts said: "We need to develop technology to remove carbon from the burning of coal, or you’re never -- write that word down -- never going to resolve climate change. Never. Why is that? There are 1,600 -- 1,600 -- new coal-fired power plants being constructed as I speak around the world."

That’s a large number. Is it correct? We took a closer look. (The union did not respond to requests for comment.) 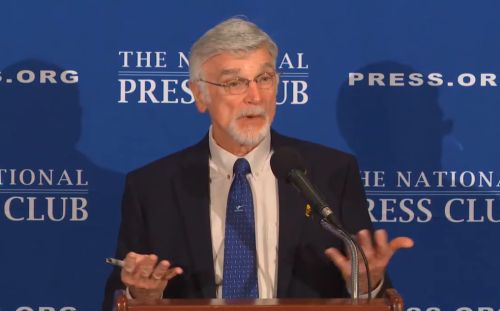 We found a New York Times article published on July 1, 2017, that said, "Over all, 1,600 coal plants are planned or under construction in 62 countries."

At the very least, the 1,600 figure may be outdated, since it’s more than two years old. So we took a closer look at the sourcing.

The article attributed this data to the Global Coal Plant Tracker, portal published by the Global Energy Monitor (GEM). This group, founded in 2007, has board members from such environmental groups as Clean Energy Action, Greenpeace, and the Rainforest Action Network. (The group did not respond to an inquiry for this article.)

As it turns out, the number on the site today is lower.

The tracker classifies coal-fired units as being under one of the following categories: announced, cancelled, under construction, mothballed, operating, permitted, pre-permit stage, retired, and shelved. So we looked at the figures using a few combinations of these categories.

There are 458 units currently under construction, according to the tracker -- well below the 1,600 Roberts cited.

If you add in those in the permitted or pre-permit stage, the number increases to 903. This number includes plants seeking environmental approvals and other developmental steps, according to the GEM website.

Even if you add in those that are "announced" -- which does not really qualify as being "under construction" -- it brings the number up to only 1,160. That’s more than one-quarter lower than the figure Roberts cited. (None of these are in the United States.)

The International Energy Agency, a Paris-based international organization, found that final investment decisions for new coal power plants have declined steadily between 2015 and 2018. 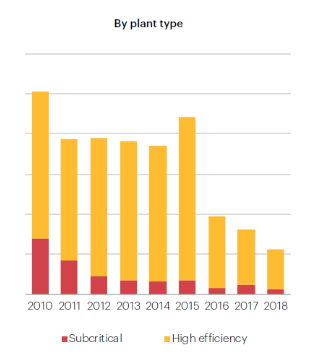 Gallagher said this separate source of data "reinforces" questions about Roberts’ underlying argument -- that the coal power-plant sector is healthy.

Finally, a technical point: The tracker uses the term "units," while Roberts referred to "plants." A worldwide survey of coal-fired power plants shows that plants often include several units.

Roberts said, "There are 1,600 new coal-fired power plants being constructed as I speak around the world."

In addition, those numbers appear to have shrunk in the succeeding two years. Using the same website as the Times used, there are 458 coal-fired units being built worldwide today, and 903 if you include those in the pre-permitting or permit phase -- significantly less than what Roberts indicated.

We rate his statement Mostly False.

David McKinley
stated on October 13, 2019 an article in a local newspaper:
"$53 million a week is coming across the border in drugs."

David McKinley
stated on September 23, 2019 a news release:
"About 95 percent of America’s production of ethylene is produced on the Gulf Coast in Texas and Louisiana."

Cecil Roberts
stated on September 4, 2019 a speech:
"There are 1,600 new coal-fired power plants being constructed as I speak around the world."