Roman Prezioso
stated on November 29, 2018 in a panel discussion at West Virginia University:
"Fifty percent of our (West Virginia) budget was for lower education."

"Fifty percent of our (West Virginia) budget was for lower education," Prezioso said during a panel discussion at West Virginia University on Nov. 29, 2018.

We looked at the most recent budget report released by the state to determine whether Prezioso was accurate.

According to the most recent West Virginia executive budget document, the state spent $1.919 billion on "education" in fiscal year 2017, the most recent year for which actual expenditures are currently available. (This category does not include university spending. Expenditures for "higher education" totaled $392.9 million.)

Total expenditures for fiscal year 2017 were about $4.2 billion. That means K-12 education accounted for about 46 percent of the budget.

As for the recommendations for fiscal year 2019, education spending would account for 44.26 percent of overall spending.

After the panel, PolitiFact West Virginia asked Prezioso to clarify what he had meant, and he said that the 50 percent figure was an approximation.

At the panel, Prezioso said that "50 percent of our (West Virginia) budget was for lower education."

We found that it was 46 percent for 2017 and a recommended 44 percent for 2019. Prezioso was off by a few percentage points, but he was in the ballpark, so we rate his statement Mostly True. 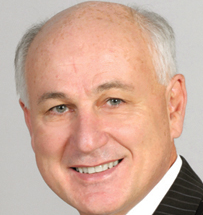 Mike Romano
stated on December 8, 2018 an op-ed:
"Adjusting for inflation, West Virginia’s median household income has not grown in a decade."

Roman Prezioso
stated on November 29, 2018 a panel discussion at West Virginia University:
"Fifty percent of our (West Virginia) budget was for lower education."