Steve Adler
stated on April 25, 2018 in a tweet:
Says Austin is the "safest big city in Texas with an unemployment rate under 3% that has been named the best place to live in the entire United States two years running."

In an April 2018 tweet, Austin Mayor Steve Adler made claims about Austin that drew the PolitiFact Texas Truth-O-Meter.

Austin Mayor Steve Adler, who seeks a second term this November, reacted to a game-show moment with a swaggering claim.

In an April 25, 2018, tweet, Adler responded to this clue from that night’s episode of Jeopardy: "Per Rick Perry, it’s the blueberry in the tomato soup." Perry, the Republican former governor, often offers the "blueberry" characterization of the Democrat-dominant capital.

On the program, a contestant correctly answered "Austin" for $600. Next, Adler said in his tweet, accompanied by a photo of the Jeopardy clue: "What is the safest big city in Texas with an unemployment rate under 3% that has been named the best place to live in the entire United States two years running?"

Is all of that true about Austin?

Not all: In 2017, we found Half True an Adler reference to Austin as the state's safest big city. Not for the first time, we noted then that the FBI advises against using crime data it collects to declare one city "safer" than another. That said, such statistics at the time suggested both that the five-county Austin region in 2015 had a lower violent-crime rate than other Texas regions and that El Paso had a lower violent-crime rate than Austin in the first half of 2016.

The morning after Adler posted his comment, which was retweeted more than 200 times, we reached mayoral spokesman Jason Stanford. Stanford advised by phone that Adler didn’t have fresh information to offer in support of his 2018 "safest big city in Texas" statement. He suggested we check federal statistics to confirm Austin’s jobless rate and told us that U.S. News had consecutively named Austin the nation’s best place to live.

Our search for Austin’s jobless rate on the Texas Workforce Commission website showed that from January through March 2018, the latest month of available data, the city's jobless rate ran shy of 3 percent. We also fetched a longer view showing the city’s jobless rate mostly staying below 3 percent from January 2017 on (all the rates not seasonally adjusted). 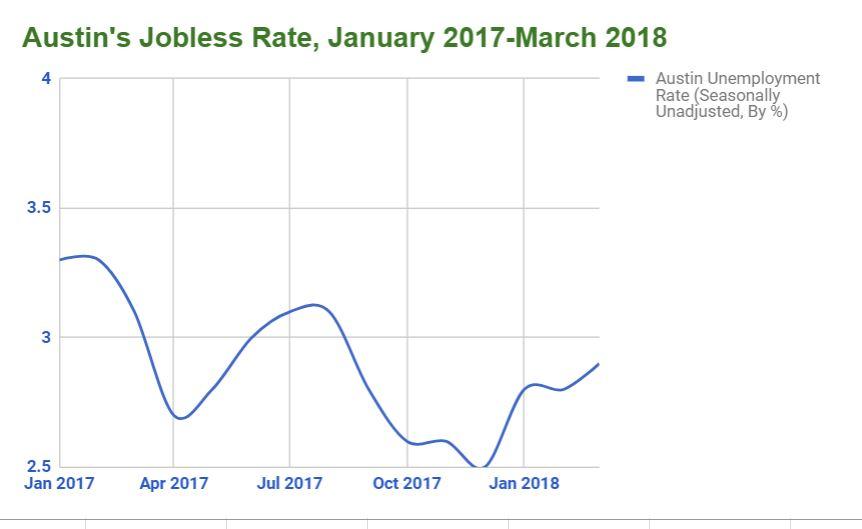 Ted Cruz
stated on June 4, 2022 in a tweet
"The impact of President Biden being beholden to the Green New Deal radicals in his party has electricity costs through the roof in Texas."

On April 10, 2018, U.S. News announced that for the second straight year, the online publication found Austin the best place to live in the United States among the country's 125 largest metropolitan areas; Colorado Springs, Colo., placed second.

The rankings were based on affordability, job prospects and quality of life, U.S. News said, and on surveying thousands of U.S. residents "to find out what qualities they consider important in a home town. The methodology," U.S. News said, also factored in data from the U.S. Census Bureau, the FBI and the Bureau of Labor Statistics--plus U.S. News rankings of the country’s high schools and hospitals.

Austin, the self-proclaimed Live Music Capital of the planet, earned a score of 7.7 out of 10 for the 2018 rankings, U.S. News said, with even its few downsides having upsides.

The story says: "The median sale price for a single-family home in Austin is well above the national median." Then again, the story says, "Austinites' pocketbooks benefit from no personal or corporate income tax, and a low state and local tax rate."

Another semi-warning in the story: "Summers in Austin take some getting used to, with temperatures often scorching." Though, the story says, the "metro area experiences mild weather throughout the rest of the year, though temperatures have been known to drop in the winter."

The story also notes: "Austin is among the nation's worst metro areas for traffic congestion."

But, the story says, that "can be addressed with flexible work schedules, due diligence when choosing a neighborhood and, for those wanting to get in some exercise while commuting, using public transportation, walking and biking."

Adler referred to Austin as the "safest big city in Texas with an unemployment rate under 3% that has been named the best place to live in the entire United States two years running."

Hizzoner was right about Austin’s jobless rate of late and Austin getting named the city’s best place to live two years in a row though it’s worth clarifying that the rankings considered only the country’s 125 largest metro areas.

On balance, we rate this Adler claim Mostly True.

PolitiFact Rating:
Mostly True
Says Austin is the "safest big city in Texas with an unemployment rate under 3% that has been named the best place to live in the entire United States two years running."
Steve Adler
Austin mayor
https://twitter.com/MayorAdler/status/989320316223619072