Ohioans Against Deceptive Rx Ballot Issue
stated on May 23, 2017 in a campaign ad:
"A California health care CEO is promising to reduce our prescription drug costs."

A TV advertisement opposing Ohio’s Issue 2 ballot initiative to lower drug costs portrayed the initiative as a ploy by the health care industry to hike up costs.

"Over the next few months, you’re going to hear a lot about the November ballot issue on prescription drugs," the May 23, 2017, video says. "A California health care CEO is promising to reduce our prescription drug costs. It sounds too good to be true, because it is."

They went on to list a number of associations opposing the ballot initiative because they "believe it could increase drug costs for millions of Ohioans."

If approved on Nov. 7, Issue 2 would require all drugs bought by the state -- whether for Medicaid or other state programs -- to match Veterans Affairs prices, which receive a 24 percent discount off market price in addition to sometimes undisclosed rebates. The idea is that it would lower the state’s health care costs.

Whether or not the ballot initiative can achieve its goal -- or the opposite -- is contested, as we wrote about in another fact-check.

For this check, we wanted to know if the person behind the initiative was indeed a health care CEO. His title is complicated, but the ad’s message is misleading.

Notably, the video failed to mention that the Pharmaceutical Research and Manufacturers of America, a trade association representing drugmakers, was behind the opposition campaign.

The ad attacks Michael Weinstein, the president and co-founder of the Los Angeles-based AIDS Healthcare Foundation, the biggest AIDS-fighting organization in the world. And he’s behind both this ballot initiative and a similar one in California.

Christopher Glazek, the author of the New York Times Magazine story, said the title of the piece was intended as "arch."

"It's a nonprofit, and his official title isn't CEO," Glazek said.

The organization derives its revenues from a network of pharmacies and clinics that provide care to mostly government-insured patients. The excess income goes to provide free care to more than 773,000 H.I.V. patients worldwide.

Weinstein’s annual report showed a salary of $400,000, which Glazek characterized as "low for directors of similarly sized nonprofits."

Christine Mai-Duc, who co-wrote the Los Angeles Times article, said, "He is referred to as the ‘chief executive’ in a photo caption in our story, not in the story itself."

However, she noted that a follow-up story referred to him as the foundation’s "top executive."

The group that favors the initiative said the description of Glazek is just wrong, and it’s politically motivated.

"I think calling him a health care CEO would be disingenuous if it were banal, but considering they are in the process of character assassination, then it is wrong that drug company CEOs are spending money from excessive profits to try to label him as one of them," said Dennis Willard, a spokesman for Ohio Taxpayers for Lower Drug Prices.

The drug lobby PhRMA has so far outspent the AIDS Foundation roughly 5 to 1, according to the Columbus Dispatch.

Weinstein is the president and co-founder of AIDS Healthcare Foundation, a nonprofit funding Issue 2, but the articles cited by the campaign referred to Weinstein as a CEO either in jest or in a photo caption.

His organization deals with health care and he is indeed its top executive, but the ad makes it seem as though he represents the drug industry, which is actually true of the ad makers. It’s the national association for pharmaceutical companies that opposes the ballot measure. 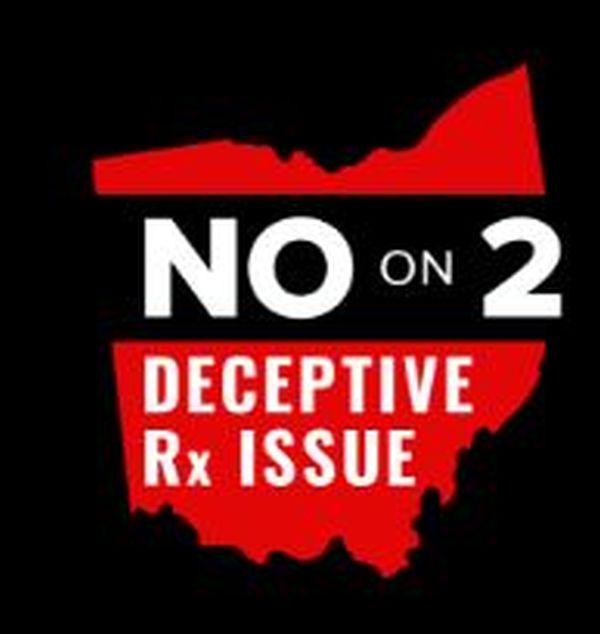 LA Times, So why is an AIDS nonprofit suing to halt construction and pushing for Measure S?, Feb. 24, 2017