Lou Barletta
stated on November 29, 2017 in a tweet:
"GDP is booming. Let’s spread the prosperity to the middle class with big #TaxCuts. Our #TaxReform package doubles standard deduction, brings $$$ back home, and reduces rates for ALL taxpayers. We will #MAGA."

After a failed attempt at health care reform, Republican leaders in Congress are working on reforming tax policy. The U.S. House of Representatives passed H.R. 1, the Tax Cuts and Jobs Act on Nov. 16.

Rep. Lou Barletta of Pennsylvania’s 11th District tweeted a slew of claims about tax reform a few days before the Senate passed their own tax bill early Saturday morning.

The following was tweeted on Nov. 29 from Barletta’s account: "GDP is booming. Let’s spread the prosperity to the middle class with big #TaxCuts. Our #TaxReform package doubles standard deduction, brings $$$ back home, and reduces rates for ALL taxpayers. We will #MAGA."

Barletta, who voted in favor of the House bill, has a list of reasons the legislation could benefit taxpayers. However, we wanted to see if "ALL taxpayers" will have reduced tax rates.

In support of the House bill

First, we confirmed that Barletta was referring to the House version of the bill in his tweet. One of the major differences between the two bills is the number of income tax brackets and corresponding tax rates.

The House bill changes the current number of seven tax brackets to four, which would be 12 percent, 25 percent, 35 percent and 39.6 percent.

On average, each income group will receive a tax cut

David Jackson, a spokesman for Barletta, sent a report on the House bill by the Joint Committee on Taxation, a nonpartisan committee in Congress, as the source for Barletta’s tweet.

"According to the Joint Committee, in 2019, Americans in every income category will see a tax cut," Jackson told PolitiFact Pennsylvania.

The table in the report shows that, on average, each income group will have a reduced effective tax rate in 2019 compared to the current law. But that isn’t what Barletta tweeted.

"There are specific individuals in each income group that would actually pay higher taxes," Howard Gleckman, a senior fellow at the Tax Policy Center, told PolitiFact Pennsylvania.

The House and Senate bill both propose using chained CPI to index standard deductions according to inflation. Standard deductions include $12,000 for single filers, $18,300 for households and $24,400 for joint filers in the House bill.

Starting in 2018, the chained CPI would also move some individuals into higher tax brackets at a faster pace since bracket cutoffs would be moved in relation to a lower inflation measure. Gleckman said that process will contribute to average tax rates going up by 2027. This will likely increase the percentage of individuals with tax rate increases in 2027 to more than 25 percent compared to the 7 percent in 2018.

"What will happen is middle-income people and lower-income people will end up paying slightly higher taxes than they do under current law," Gleckman said.

"Over time, the tax rates of the poor and middle class move higher than they were in 2017," Temple University economics professor Michael Leeds said, "while the taxes of the rich and ultra-rich stay below 2017 levels [in 2027]."

Barletta tweeted that "ALL taxpayers" will have reduced tax rates.

According to the Joint Committee on Taxation, all income categories from less than $10,000 to $1,000,000 and over will receive a tax cut on average. But that doesn’t mean that every single taxpayer will pay less in taxes in 2019. About 7 percent of taxpayers will see their tax rates increase in 2018.

Barletta’s spokesman clarified that the tweet was in reference to every income category in 2019 under the House bill. However, the wording in the tweet misrepresented the cuts and increases taxpayers will receive that year.

PolitiFact Rating:
Mostly False
"GDP is booming. Let’s spread the prosperity to the middle class with big #TaxCuts. Our #TaxReform package doubles standard deduction, brings $$$ back home, and reduces rates for ALL taxpayers. We will #MAGA."
Lou Barletta
U.S. Rep. 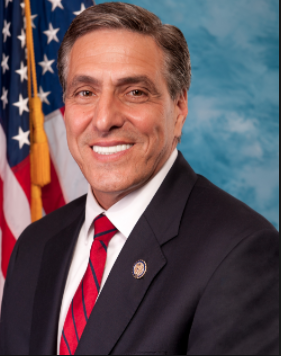 Joint Committee on Taxation, "Distribution Effects Of The Chairman’s Amendment In The Nature Of A Substitute To H.R.1, The Tax Cuts And Jobs Act," Nov. 3, 2017

Lou Barletta
stated on November 29, 2017 a tweet:
"GDP is booming. Let’s spread the prosperity to the middle class with big #TaxCuts. Our #TaxReform package doubles standard deduction, brings $$$ back home, and reduces rates for ALL taxpayers. We will #MAGA."