Election results take time to tabulate and some races take longer than others. We’ve heard that for years from elections officials.

Ever since the outcome of the 2000 presidential election dragged on for a confusing 35 days, officials have tried to brace us for a wait — and we certainly have had some waits. But as the clock ticked down to the final polls closing on the Nov. 8 midterms, the claims flew across social media suggesting something suspicious is happening if a race takes a long time to count.

"The longer it takes to tally the results, the less you should believe the result," conservative political commentator and radio host Michael Knowles tweeted Nov. 7 to tens of thousands of likes.

Republican leaders such as Texas Sen. Ted Cruz, U.S. Rep. Marjorie Taylor Greene of Georgia, and former President Donald Trump laid the groundwork for discrediting the pace of results well before Election Day — fueling the false narrative that slower counting is a sign of election stealing. Social media users echoed such misleading claims, suggesting the election night tallies were once the norm "until a few years ago."

But such claims are wrong.

"The truth is it takes time to count every single ballot," said Sylvia Albert, director of voting and elections at Common Cause, a voting rights group. "And while we may not know the results at the end of tonight, what matters most is making sure every vote is counted."

The day before Election Day, White House spokesperson Karine Jean-Pierre echoed election officials’ warnings about not knowing all winners for a few days. In response, Fox News posted a story early in the morning of Election Day that highlighted conservative pundits and activists disagreeing with the White House.

But a shift to voting by mail has reshaped the count’s pace and made it harder for media outlets to call races on election night.

"Consider when you get your mail and how long it takes to open each envelope. Extrapolating that to hundreds, thousands, even millions of envelopes. It takes time," said Tammy Patrick, an elections expert at the Democracy Fund, a group that gives grants to entities that support democracy work. (PolitiFact received a grant from the group in 2016).

With close races in a number of state congressional elections, it may take time for Americans to learn which party will control the House or Senate in 2023.

It could last even longer if the closely watched Georgia Senate race produces a runoff, which would occur if neither Democratic incumbent Raphael Warnock nor Republican challenger Herschel Walker receives over 50% of the vote. The runoff would be held Dec. 6. If statewide races in Arizona result in a recount, that won’t begin until after Dec. 5.

Before 2000, "we had a pretty good idea who was elected president and which party won Congress by the next day, sometimes on election night itself," said Larry Sabato, director of the University of Virginia’s Center for Politics. (The 2000 race featured a 35-day wait for results because of a recount dispute in Florida. The Supreme Court stopped the recount, and Republican George W. Bush was declared the winner.)

We won’t know until all the polls are closed whether ballot counting will follow the same pace as in 2020, when the coronavirus pandemic spiked the use of mail ballots to record levels and when the presidency was on the ballot, bringing out more voters.

Experience may help accelerate things. But composure is key.

"The public needs to be patient," Massachusetts Institute of Technology political scientist Charles Stewart said, "but we also have to acknowledge that part of the problem rests with the public fretting over gaining resolution to close elections."

A senior official at the U.S. Cybersecurity and Infrastructure Security Agency told reporters Tuesday night that these are not ‘delays’ and that tabulating results is part of the normal verification process that can take days to weeks. 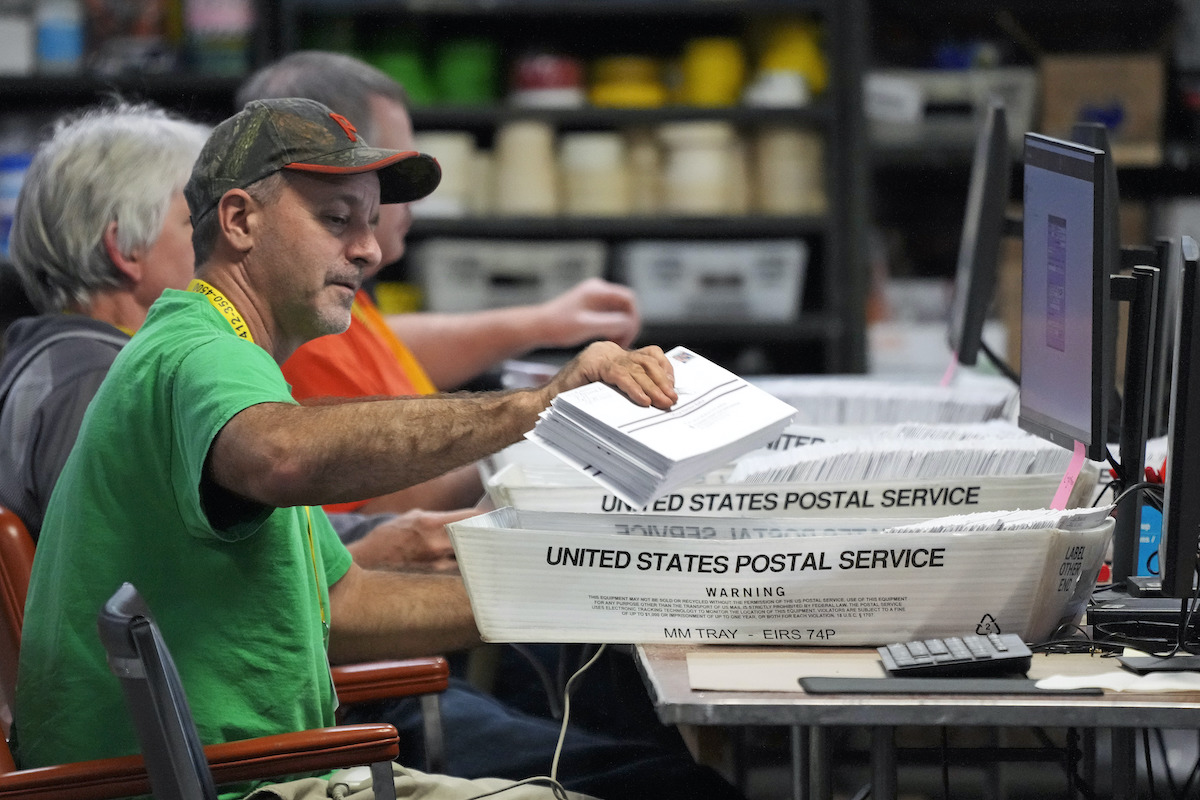 In response to the false narratives through Election Day, state and local election officials have shared with the public their anticipated timelines for completing unofficial counts, and shared information about deadlines in state law to complete final counts — typically weeks after Election Day.

For example, Bill Gates, the Republican chairman of the Maricopa County Board of Supervisors, told reporters he expects between 95 and 99% of votes counted by Friday night, Nov. 11.

State laws about processing mail ballots vary, and some procedures are faster than others. This does not mean that slower results are fraudulent.

No state posts mail ballot results before the polls close. But some states allow election officials to begin processing mail ballots before Election Day. That means they can verify that the ballot was submitted by a valid voter, including checking signatures and often removing the ballot from the inner security envelope.

Overall, 26 states permit the scanning of ballots into tabulators before Election Day, according to the Bipartisan Policy Center. In Georgia, state lawmakers passed a law in 2021 intended to accelerate vote counting. Local election officials can start removing ballots from envelopes, but not tabulate results, about two weeks before Election Day.

A law in Pennsylvania, however, restricts election workers from processing mail ballots until 7 a.m on Election Day.

How results are transmitted can also affect when unofficial results are available. In Michigan, election workers and officials in most counties now have to take thumb drives with the results data from polling locations to election offices. "It just delays everything," said Harrison Township Clerk Adam Wit, who serves as president of the Michigan Association of Municipal Clerks.

Alaska is expected to be one of the last states to finish counting ballots with its ranked choice voting system. Election officials will announce voters’ first choices in the U.S. House and Senate races on election night, but they won’t tabulate the second round until Nov. 23. 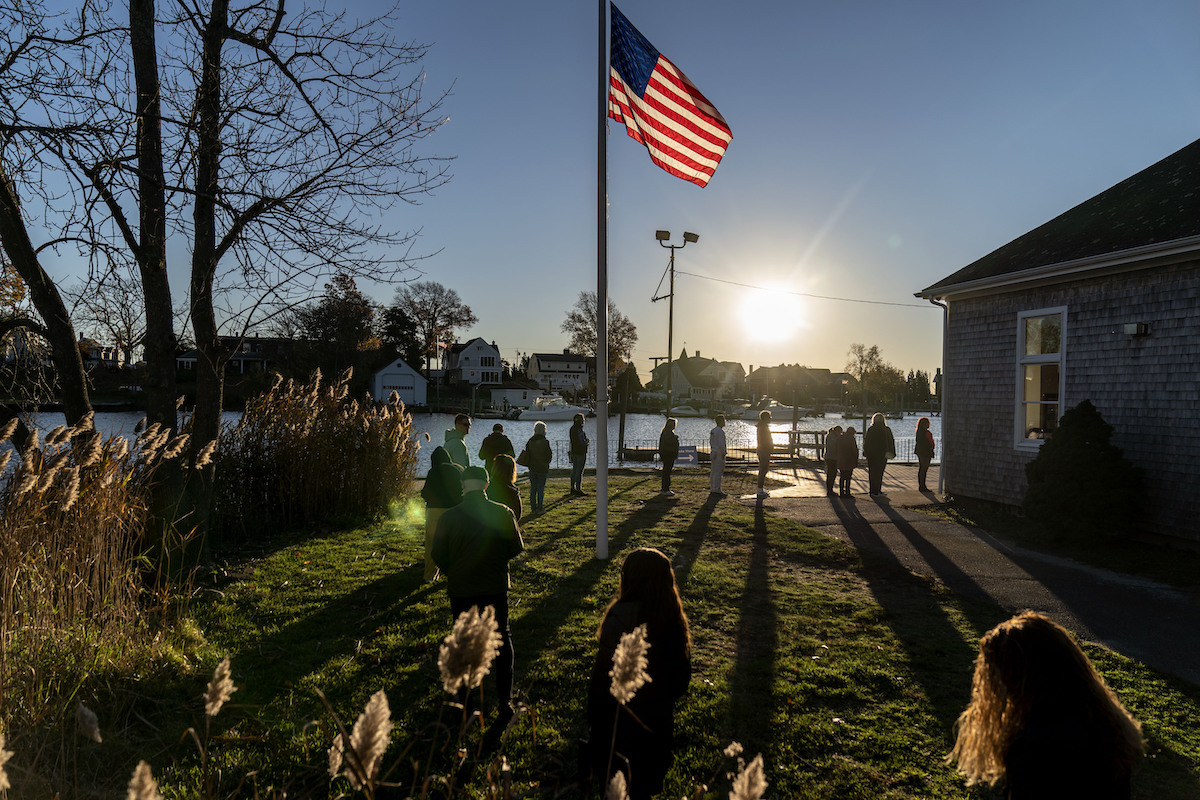 Voters line up to cast their ballots in the midterm election at the Aspray Boat House in Warwick, R.I., on Nov. 8, 2022. (AP)

No state gets its count entirely "done" on election night

Some claims on social media confuse two things: election officials counting all the ballots, and media outlets calling who appears to have won the race.

Calls by media organizations such as The Associated Press are typically made well before all the votes are counted;  the "call" based on the patterns of early ballot counts, historical voting trends by precinct and surveys of voters leaving the polls. If the vote is close, even an election with little mail balloting can take a long time to call. By contrast, some elections with lots of mail balloting can be called quickly if a candidate is expected to win easily.

Some cities or counties, particularly smaller ones, may release unofficial counts on election night. But they may continue their counting for days as officials sort out absentee ballots that were missing a signature on the envelope or ballots that were cast provisionally. State laws set deadlines for completing the count of the ballots, often weeks after Election Day.

Why do big cities seem to count ballots more slowly?

Some big cities, Detroit, Chicago, Atlanta, and Milwaukee, for example, did take longer to count ballots in 2020 (and in today’s polarized political environment, these cities tend to be heavily Democratic). But there’s a simple mathematical explanation for why a big city may take longer to count: No matter how many election workers you throw at the challenge, there are simply more votes to count.

Some blue cities didn’t experience this phenomenon at all, including the counties containing Dallas; San Antonio; Austin, Texas; and Phoenix.

RELATED: No, every vote wasn’t previously counted on election night

RELATED: Not all results will be known on election night 2022. That’s normal

National Conference of State Legislatures, Table 16: When Absentee/Mail Ballot Processing and Counting Can Begin, May 17, 2022

Fox News, Karine Jean-Pierre blasted for warning it may take ‘a few days’ to count votes: ‘This insanity has to stop’ Nov. 8, 2022

Email interview, Sylvia Albert, director of voting and elections at Common Cause, Nov. 8, 2022

PolitiFact, European leader did not say the Nuremberg Code should be disregarded, Dec. 7, 2021

Facebook posts
stated on February 26, 2023 No evidence Tyre Nichols was involved with an officer’s wife:
The officers who beat Tyre Nichols targeted him because he was “allegedly dating” one of their wives.