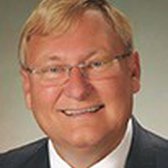 Wisconsin state Sen. Van Wanggaard, R-Racine, was elected to the Senate in 2010. He lost his seat in a recall election in 2012, but won the seat back in a regular election in 2014. He is a retired traffic investigator with the Racine Police Department and a former member of the Racine County Board of Supervisors.