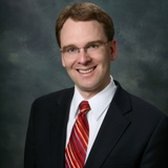 In 2022, Outagamie County Executive Tom Nelson is a Democratic candidate for the U.S. Senate. He was the Democratic nominee running in 2016 for the U.S. House seat held by Republican Reid Ribble. He has served as the Outagamie County executive since 2011. In 2010, Nelson won the Democratic nomination for lieutenant governor but lost in the general election. Nelson served in the Wisconsin Assembly from 2004 to 2010, and the last two years was the Assembly majority leader.