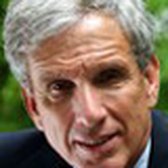 Richard L. Saslaw, D-35th, joined the Virginia Senate in 1980. The district is composed of portions of Fairfaix, Alexandria and Falls Church. He previously served in the House of Delegates beginning in 1976. Saslaw has been the Democratic leader of the Senate since 1996, currently as minority leader. He sits on the Rules, FInance, Education and Health, Courts of Justice and Commerce and Labor committees. Saslaw ran unsuccessfully for a U.S. House seat in 1984. He has owned several successful gasoline and automobile service businesses.  Saslaw served in the U.S. Army from 1958 to 1960 and earned a bachelor's degree from the University of Maryland in 1965.