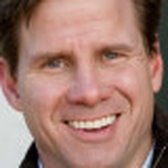 Pete Snyder is a Virginia entrepreneur and a Fox News contributor. He is seeking the Republican nomination for governor in 2021. He founded New Media Strategies, a social media marketing agency, in 1999. That company was acquired and Snyder worked as CEO through 2011, but continued as a senior adviser afterwards. In 2012, Snyder founded Disruptor Capital, a firm that invests in technology, marketing and public affairs start-ups in Virginia.  Snyder graduated from the College of William and Mary, Williamsburg, and is a member of the board of visitors there. He unsuccessfully sought the GOP nomination for lieutenant governor in 2013.