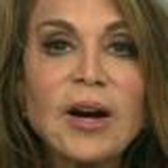 Pamela Geller is an activist who co-founded Stop Islamization of America, also known as the American Freedom Defense Initiative, a far-right group. In February 2015, Geller's group hosted a "Draw the Prophet" event in Garland, Texas, during which two shooters tried to ambush the event but were killed.