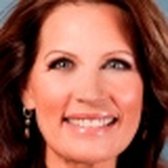 Michele Bachmann, first elected to the U.S. Congress in 2006, represents the 6th Congressional District of Minnesota. She was reelected in 2008. Previously, she served in the Minnesota State Senate. Prior to that, she spent five years as a federal tax litigation attorney. Bachmann and her husband, Marcus, who have five children and have opened their home to 23 foster children, live in Stillwater, Minn., and own a mental health care practice.