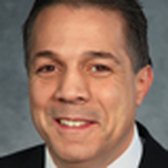 Leonidas "Lou" Raptakis has served as a state senator since 1996, representing Coventry and several surrounding communities, and regained his seat in 2013. Prior to that, he was a member of the House of Representatives for four years. He was a candidate for secretary of state in 2010. He is the owner of Venus Pizza in Coventry.