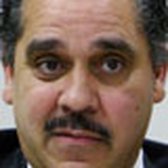 Kriner Cash was hired as superintendent of Memphis City Schools, Tennessee's largest school district, in 2008. He is under contract with MCS until Aug. 1, 2013, at an annual salary of $276,500. Cash previously served as chief of accountability and systemwide performance for Miami-Dade County (Fla.) Public Schools.